Jack Black is a freaking legend, involved in so many industries that has spanned Hollywood in both TV and movies, as well as the music industry witeh the greatest band of all time: Tenacious D.

Black has announced a new YouTube channel called "Jablinski" where he will be talking about all things games, food, and life. What I love is that Black's pinned comment from a couple of days ago is in reference to my favorite game of all time: Overwatch. Black said: "I just want to clarify that there is no production behind this. this is all my son. He's holding me hostage and I can't be tracer. help...﻿".

It will be Black's son that is handling the production, directing and editing his Dad behind the scenes (which as a father of two, I think is super awesome). Black will upload a video every single week, and with his sense of humor and no shame, I think he'll go far - hell, he's already giving a dig to YouTube mega star PewDiePie. It has barely been a week and Jablinski has 576,000 subscribers already. 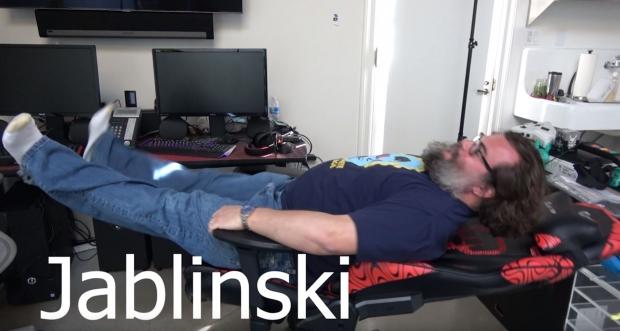