Everywhere you look these days you see kids doing the dances from Fortnite in real life, so it should come as no surprise that big name stars, rappers, and entertainers are suing developer Epic Games for the use of their dances, in the game.

The latest is Alfonso Ribiero, who played Carlton in the Will Smith led 'The Fresh Prince of Bel-Air' where he created the iconic, and always hilarious Carlton dance. Ribiero is now suing Epic Games over the use of the dance in Fortnite, accusing the developer of copying his signature dance from the show. Ribiero's attorney told TMZ that Epic copied the "iconic" swaying with its Fresh emote, without asking permission or giving compensation.

The Carlton dance is one of the most memorable parts of teh show, a true highlight in the awesome series that was The Fresh Prince of Bel-Air. The lawsuit is coming from Ribiero being in the middle of trying to copyright the dance, and Epic isn't the only one getting sued: 2K is being sued over NBA 2K16 as they've got the Carlton dance in that, too.

Ribiero's lawyer told TMZ: "It is widely recognized that Mr. Ribeiro's likeness and intellectual property have been misappropriated by Epic Games in the most popular video game currently in the world, Fortnite. Epic has earned record profits off of downloadable content in the game, including emotes like 'Fresh.' Yet Epic has failed to compensate or even ask permission from Mr. Ribeiro for the use of his likeness and iconic intellectual property". 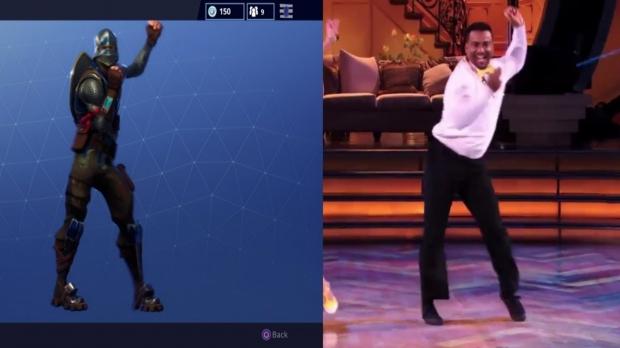