As we are only a couple days out from the release of Super Smash Bros. Ultimate and Nintendo have decided to tease fans with crossover spirits between the Pokemon: Let's Go games and Ultimate.

The teaser comes from the Nintendo AU & NZ Twitter page and reveals images of two spirits. From the pictures we can see Partner Pikachu and Partner Eevee, we learn from the description on the post that players who have Pokemon: Let's Go Pikachu or Eevee save data on their Switch will automatically unlock the respective spirit once Smash Ultimate is downloaded and opened.

For those wondering if this is the only way to unlock these two spirits, do not stress as both Partner Pikachu and Partner Eevee can be normally acquired by completing challenges. Super Smash Bros. Ultimate is scheduled to release on December 7th for the Nintendo Switch. For more information regarding Smash Ultimate, visit the official website here. 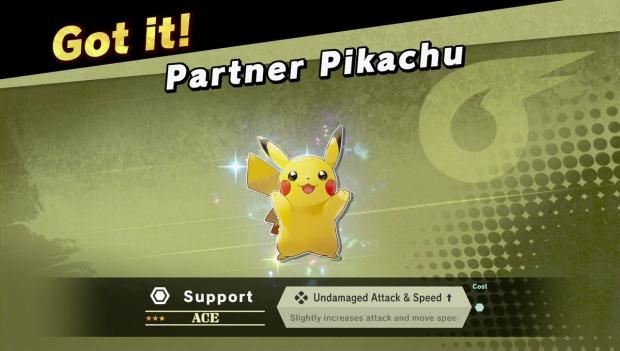