If you own one of NVIDIA's new GeForce RTX graphics cards there's not much you can do with it with real-time ray tracing right now apart from Battlefield V (if you can even get it to work with RTX that is), but that'll soon change with 3DMark's new ray tracing benchmark. 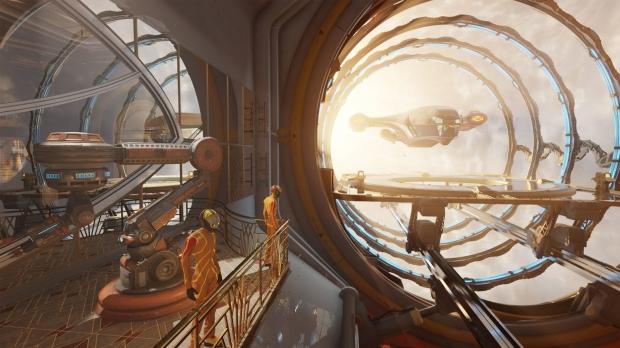 The new 3DMark Real-Time Ray Tracing Benchmark Port Royal will be teased ahead of its January 2019 launch at the GALAX GOC Grand Final overcloccking event in Ho Chi Minh City, Vietnam on December 8. What makes this special is that UL Benchmarks will be the first to market with a dedicated real-time ray tracing benchmark for gamers, where they can (get this) test real-time ray tracing performance of any graphics card that supports Microsoft's DirectX Raytracing standard, DXR.

UL Benchmarks explains: "Real-time ray tracing promises to bring new levels of realism to in-game graphics. Port Royal uses DirectX Raytracing to enhance reflections, shadows, and other effects that are difficult to achieve with traditional rendering techniques. As well as benchmarking performance, 3DMark Port Royal is a realistic and practical example of what to expect from ray tracing in upcoming games-ray tracing effects running in real-time at reasonable frame rates at 2560 x 1440 resolution".

The real-time ray tracing benchmark was made with input from most major companies like AMD, Intel, Microsoft, and NVIDIA. We should expect more DXR-capable graphics cards released in the future, with AMD's new Navi GPU launching somewhere in June/July 2019 and it could (but not guaranteed) to be capable of real-time ray tracing. It won't be a high-end part by any means, but AMD can't stay out of the ray tracing game forever without giving NVIDIA an unbelievable lead in 2019 and beyond.