It was barely 24 hours ago that I wrote that Fortnite had reached a new record 8.3 million concurrent players across all platforms, so I began digging into the playerbase of PUBG and discovered it's low and losing double-digit percentages every month. 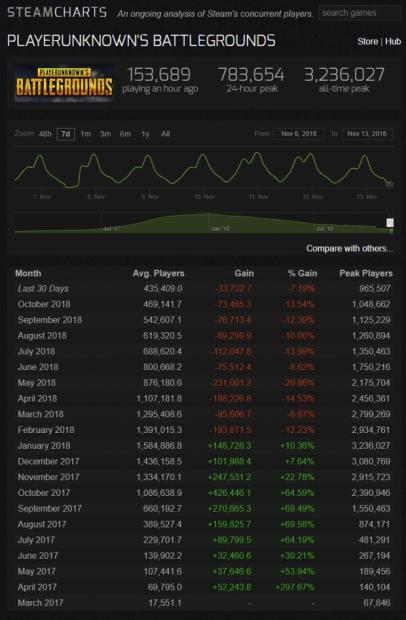 PlayerUnknown's Battlegrounds reached its peak of 3.2 million players back in January 2018, and has since lost close to 100,000 players per month since. In June it dipped below 2 million concurrent players on Steam to just 1.75 million players, and dipped to 1 million last month. In the last 30 days, PUBG has only hit a peak of 965,507 players... seeing Fortnite with 7.4 million more concurrent players.