Death Stranding will be one of the strangest, but I'm sure one of the most awesome games ever released, and details on it are scarce even today.

The latest on Hideo Kojima's brain child comes from voice actor Troy Baker who recently spoke about Death Stranding at the Argentina Game Show 2018. Baker worked with The Walking Dead and Death Stranding star Norman Reedus for two weeks, adding that Kojima has put everything into Death Stranding.

Baker said that Kojima had Death Stranding in his head for two years and didn't even write a damn note down in that time. Baker said: "I was fascinated to know this, and I hope it's okay that I say this, he had the entire game in his head for like two years. Some ridiculous amount of time, I may be wrong about the exact amount of time".

He added: "He didn't write it down on any notes, just had it all in his head. If you ever wanted to ask him anything he could tell you the exact fact. It's the same with Metal Gear. I've never been to work with someone who required more trust, because it's like you're going through it blind. And he assembled an incredible cast of people to pull of a fantastical game. It's trippy, it's weird, I have no idea when it's coming out. I believe I'm finished shooting... I think Norman's finished, but I could be wrong. I just want to play it". 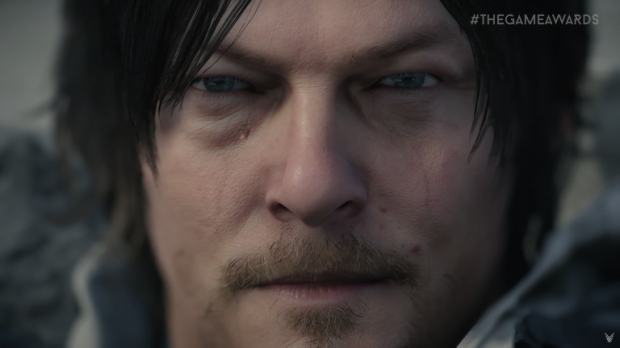