BioWare developers have taken to Twitch to reveal 45 minutes of new gameplay footage for the highly anticipated upcoming game Anthem. 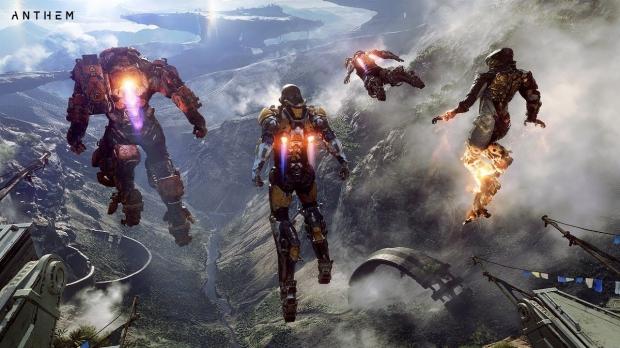 BioWare's lead producers Ben Irving and Mike Gamble have taken to Twitch.tv to showcase to fans some brand new gameplay footage of Anthem. We can see from the footage a great vision of combat in both the air and on ground, as well as the use of some very cool looking abilities on a range of some unfriendly enemies.

Anthem is powered by the Frostbite Engine and from the livestream there still appears to be many bugs that the developers will need it iron out before release. An Anthem demo that will be closest representation to the completed game will be released to fans on February 1st and is titled "VIP Demo." This demo will be available to those users who have taken a step ahead and pre-ordered Anthem. EA Access members will also have the demo available to them. If you are interested in checking out the Anthem gameplay footage, visit the official Anthem Twitch account here.