Niantic's mobile hit Pokemon Go has raked in billions since its launch in 2016. 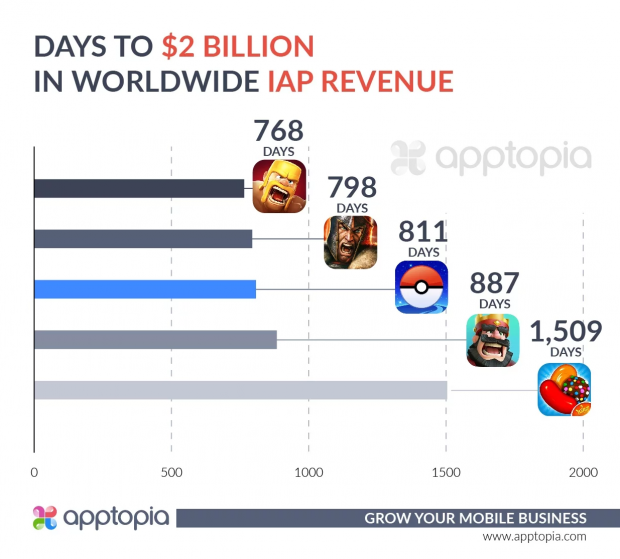 AR juggernaut Pokemon Go has made $2 billion through in-app purchases to date, analyst firm Apptopia reports. This represents a $200 million revenue increase from its earnings in July. Niantic's consistently strong understanding of how to engage players worldwide is responsible for these earnings--Pokemon Go is constantly updated with events, new features, and more to keep players active.

Japan currently spends the most money on Pokemon Go, which folds in with the region's strong mobile gaming focus. The firm says Japan makes 33.5% of total Pokemon Go revenues whereas the United States makes 27.5%. The game reached the $2 billion earnings milestone in 811 days, beating out competitors like Clash Royale and Candy Crush within the same period.

Niantic no-doubt stirred tons of interest in its AR game by announcing a brand new Pokemon, Meltan. We should also see even more engagement and organic growth with the arrival of Pokemon Let's Go: Eevee and Pikachu on the Nintendo Switch--both of which can weave into the mobile game.