As has been the trend lately, Ubisoft is including a remastered port in a new game's season pass--this time with Assassin's Creed: Odyssey. 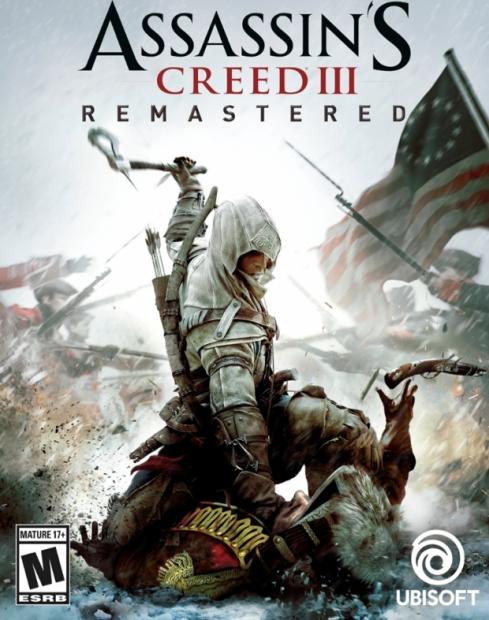 Assassin's Creed III is getting an upgraded remaster as part of AC: Odyssey's new season pass, complete with all previously released DLC and extra content--even the Liberation game. The remaster will sport 4K HDR enhancements on PS4 Pro and Xbox One X, as well as higher-res textures, lighting and rendering improvements, and more fluid FPS.

"If the Peloponnesian War has you hungry for another historical conflict, the Season Pass will also let you jump into the American Revolution with Assassin's Creed III Remastered, which includes all of Assassin's Creed III's post-launch content - including the Benedict Arnold missions, the Hidden Secrets Pack, and The Tyranny of King Washington - as well as Assassin's Creed Liberation Remastered.

"Assassin's Creed III Remastered puts you in the role of Connor, an Assassin of Native American and British descent who fights a secret war during the American Revolution, while Assassin's Creed Liberation Remastered follows the deadly Aveline de Grandpré as she travels from the streets of colonial New Orleans to ancient Mayan ruins."

We're not sure if the remaster will be available outside of the season pass--ie sold individually on uPlay, PS Store and Xbox LIVE--and Ubisoft has yet to announce a price for Odyssey's season pass.