A recent Nintendo press release has revealed that Nintendo have partnered up with Wendy's College Tailgate Tour to bring Super Smash Bros. Ultimate to college campuses around America. 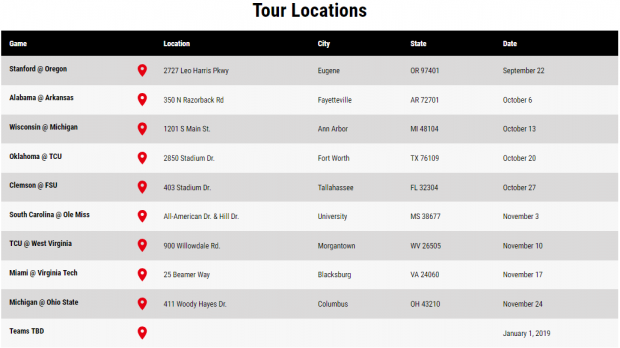 The press release reveals that Nintendo has partnered up with Wendy's College Tailgate Tour, the largest traveling fan experience for college football and all participates will be able to get an early taste of Super Smash Bros. Ultimate. According to the press release, Nintendo will be setting up six gameplay stations and a large LED screen for fans to gather around and cheer on the players.

Doug Bower, Nintendo of America's Senior Vice President of Sales and Marketing commented on the partnership and has said "Many of our biggest fans are now in college and have memories growing up playing one of the games in the Super Smash Bros. series. We want to bring Super Smash Bros. Ultimate directly to longtime and first-time players, and what better way than to combine two of college students' favorite pastimes: video games and football." Below you will find the locations of what college games Super Smash Bros. Ultimate will be available at. The Wendy's College Tailgate Tour will start off on September 22nd at the Standford, Oregon game.