Nintendo may have slipped up slightly, a screenshot has been taken from their website and it showcases the name of the coming Yoshi title for the Nintendo Switch. Introducing, Yoshi's Crafted World scheduled for a 2019 release.

This screenshot has been sourced from NintendoWire, they claim that Nintendo provided the name of the coming Yoshi game in the 'recommended games' section of the Super Mario Odyssey listing on their website. As a skeptic of these types of things, I can say this image does seem quite legitimate and I honestly believe Nintendo did slip in some regard.

I visited the Super Mario Odyssey listing on the Nintendo website to further clarify if this was true, or if this image has been photo-shopped. If you visit the listing now, Nintendo has changed the listing title to "Yoshi for Nintendo Switch (Working Title)." This is an interesting change, perhaps the name change means that Nintendo did slip up and accidentally reveal the title for their game. Regardless of what Yoshi's game is actually called, it will be developed by Good-Feel and will be published by Nintendo, the title is planned for release sometime throughout 2019 for the Nintendo Switch. 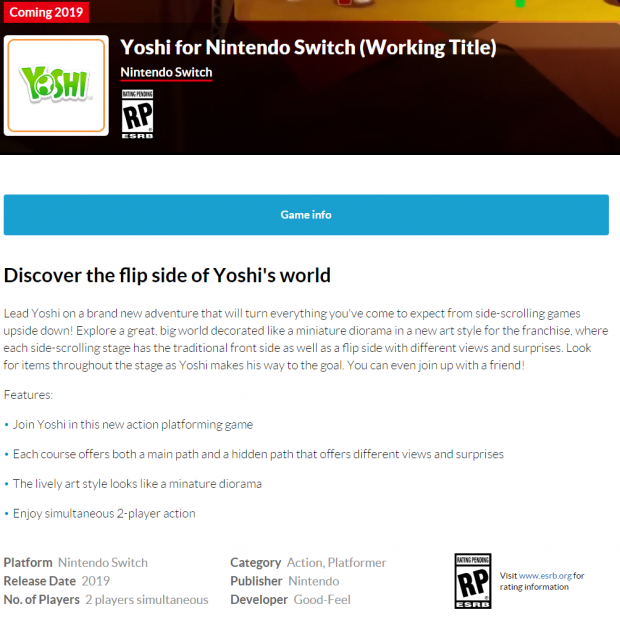