Now that BioWare has put insurmountable effort into Anthem's online framework and live game infrastructure, the studio sees that its other franchises could benefit from a similar online path, at least when it comes to continuing story and lore.

Future Dragon Age and Mass Effect games could be quite different from what gamers are used to in this respect (and possibly in a good way). Thanks to a live game approach, which would require gamers to be online versus playing offline, BioWare could examine data and ensure post-launch DLC and stories are tailor-made to how gamers play and how much progress they've made with certain characters.

Each game's respective worlds could also evolve over time similar to Anthem, who's in-game Fort Tarsis hub changes based on your decisions, and provide rotating events to engage (and likely monetize) the community.

At PAX West 2018 the BioWare panel was asked the question "how does Anthem affect games that come after?" The response was quite interesting (see clip above), seeming to fall in line with EA's stronger focus on engagement versus raw game sales. But it also seems to follow BioWare's story-driven focus.

New Mass Effect and Dragon Age games could use the power of live gaming to provide "reactive storytelling" to supplement the game after the main story ends.

"It's a more reactive space, a space that feels more living and alive, and I think going forward in future Dragon Age games or other games that you're going to see that reactivity, that depth, in our hubs that we've really been able to bring out in Anthem," Anthem executive producer Mark Darrah answered.

The studio can now forge stories little by little in a continuing stream to bring new agency to players and the world around them--all while using player feedback to find out what gamers actually want to see and experience. Using the live model the studio can easily update and roll out new features and content that not only shape and mold the story, but also the in-game space and player experience.

BioWare had a lot to say about this potential reactive storytelling and how it will fluidly and organically mesh with live world events and evolving character arcs. Story is now more open to move with the past and future of the continually shifting world versus being locked into place statically as an offline-driven experience.

"I want to clarify this, as the title simplifies it far too much. Anthem has a main story and that story concludes. But it also allows us to continue the storytelling soon after launch, and keep the world alive and changing and fresh. New adventures, characters, and fun." 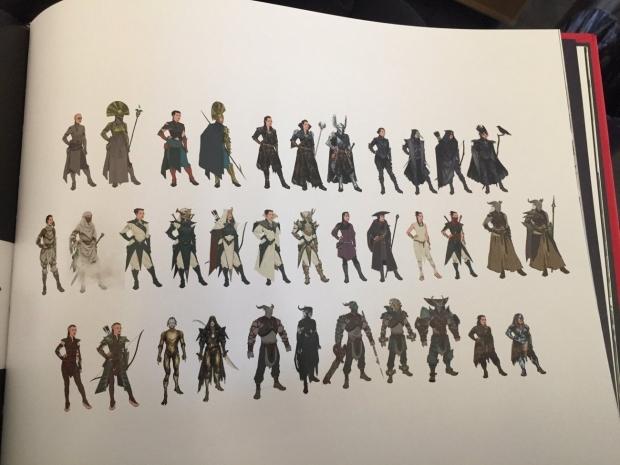 BioWare's Mike Gamble expands further on this subject and gives key examples on how Anthem's live story-forging can breathe life into the studio's other games:

"We've also got the continuation of stories after we launch. And that's a big one."

"If you remember back to the 'ancient times,' when we released a game that would be the story for a certain set of characters and then we would launch DLC later and be able to tell little bits of story afterwards. For Anthem, and where I think we'd all like to see us head, is the ability to continually tell new great stories throughout the months and years after launch. And we want to do that so players can just [consume] it whenever we choose."

"So for example as a thought exercise: we have all these agents, we have this great pit crew. After Anthem's [main story] we could decide 'okay now we're going to expand the storyline for one of those agents.'

This could actually work...but what about monetization?

If handled correctly, this strategy could very well refresh both franchises in a bold new way. I for one would like to see more content in my favorite singleplayer games, but it has to be handled just right: forced online connectivity and other such restrictions could severely hurt BioWare's image in the long run. When done properly, merging singleplayer and online content can indeed breathe new life into franchises and open exciting new doors.

But remember if this content path finds its way into new Mass Effect and Dragon Age games, it will likely be paid for via microtransactions.

Any live game requires consistent monetization in order to fund future development updates and content rollouts to sustain it long-term.

Given EA's current walking-on-eggshells stance with lootboxes, the publisher will monetize Anthem via cosmetics only, and we should see similar strategies employed in these theoretical live-driven Dragon Age and Mass Effect titles.

It'll be interesting to see what happens in the long run, but Anthem is BioWare's priority and we shouldn't see any other games for a while. The new Dragon Age is up next and then we'll likely see a new Mass Effect at some point...but they may be quite different than we'd expect. 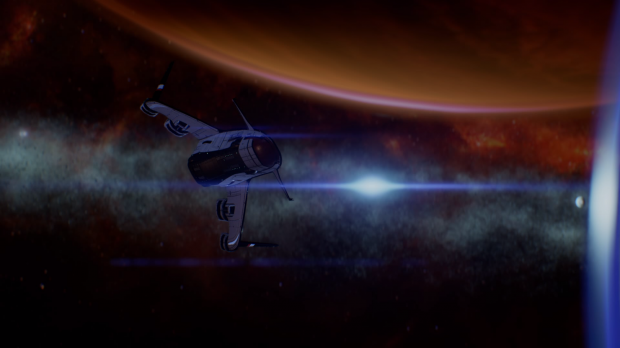