Doom II was released all the way back in 1995 and there has been a secret that nobody has found... until now. Daikatana developer (who remembers that hot mess of a game) John Romero smashed up a tweet congratulating someone for finding a secret in Doom II that has remained unsolved since 1995.

Zero Master discovered the secret on Map 15 of Doom II, where a teleporter would be shown as a secret, but wouldn't trigger the secret itself. Why? Because a bug stopped the player from setting it off, a few secret herbs and spices needed to be used... which after reading it, sound ridiculous.

Thankfully there weren't any 100% completion notifications and achievements to unlock in games from the 90s, else we would've been driven mad. In order to complete the secret on Map 15 of Doom II, you had to have an enemy knock you into it... you couldn't just press the button. Unbelievable, but also awesome - 24 years on.

Romero explains on Twitter: "Secret explained: A secret teleporter is marked as a discoverable "secret", but when you touch it, you never enter the sector. So you would never get inside the teleporter sector to trigger the secret. The only way to trigger this secret is to be pushed by an enemy into it! #doom".

Zero Master made a Cacodemon follow him, and as you can see in the video above, it knocked him perfectly so that the secret was unveiled.

What a time to be alive! 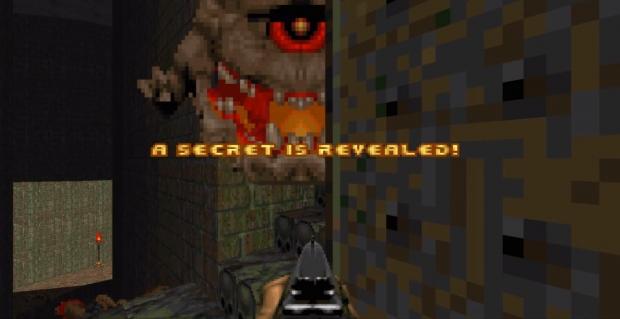