We know so much about NVIDIA's about-to-be-announced GeForce RTX series graphics cards, but one of the largest pieces of the puzzle is missing: price. Well, it looks like we could be paying between $700-$1200 for the RTX 2080 and RTX 2080 Ti if the leaked pricing from VideoCardz is right. 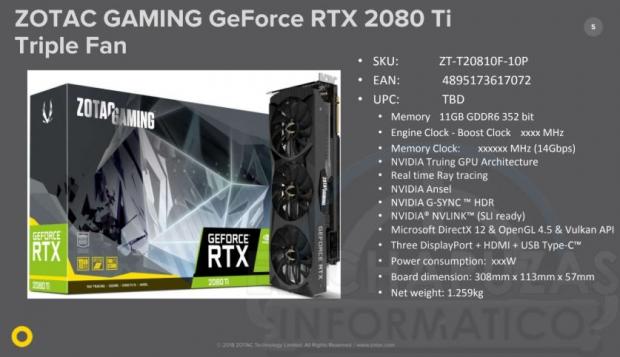 The site is reporting from information from ElChapuzasInformatico that the ZOTAC GeForce RTX 2080 Ti AMP! Edition will cost a rather large $1199, while the RTX 2080 AMP! will cost $839. This might sound insane, but it makes sense. NVIDIA has a lot of GeForce GTX 1080 Ti graphics cards left in the channel and will need to get rid of them.