Discord is getting into the game-selling business with its own proprietary storefront on PC. 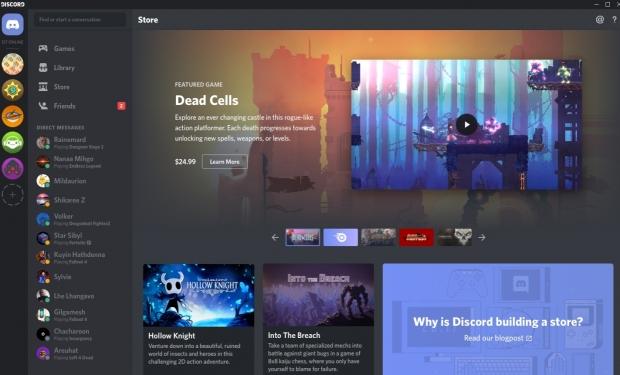 In an attempt to compete with the likes of Steam and GOG.com, massively popular VoIP app Discord plans to open a game store. Rather than Steam with its sprawling, messy storefront, The Discord Store will be a more targeted endeavor: the company affirms it'll be like a "cozy book shop" instead of, say, a rambling department store.

"We'll be launching a curated game store experience similar to one of those cozy neighborhood book shops with recommendations about the hottest and newest games from us to you," reads the blog post.

If that wasn't enough, Discord is teaming up with indie studios to bring specific games to the platform first. This initiative, called First on Discord, is a timed-exclusivity versus a funded-and-published type of affair. Discord will "help bring indies to life" by launching them on their storefront 90 days ahead of other digital distribution platforms.

The store will also allow gamers to tie other PC games to the launcher, opting as a kind of Steam alternative.

Discord Store is currently in beta and is being tested thoroughly. There's no definitive release for the storefront.