Riot Games have launched a brand new interactive world map for League of Legends, it allows for players to explore each of the locations across Runeterra. 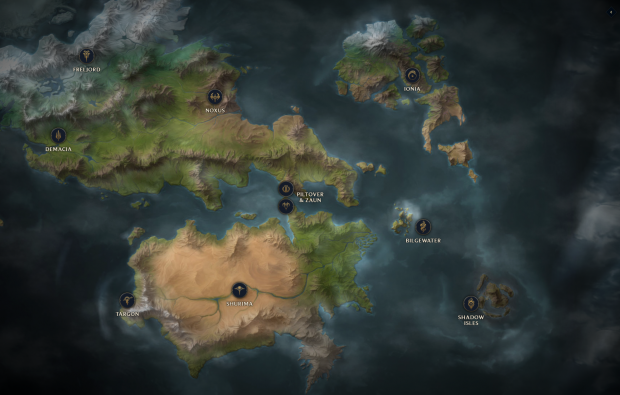 The Runeterra interactive map gives players the opportunity to delve straight into the lore of League of Legends in a easy and accessible way, simplying clicking on each of the locations zooms the camera down onto the specific target. While zoomed in, a short description of the location is provided and other forms of media as well, this is so players can visualize the lore alongside the text.

Clicking on a location will also display all of the champions that are home to that biome, the governance of the location, their attitude towards magic, their level of technology and what the general environment is like. Veteran League of Legends players will remember back in 2014 that Riot Games decided to revamp League's lore in order to give a better presentation of it to players, this map is still progress of that goal and now players and lore historians have a visual representation of what Runeterra is actually like. If you are interested in playing League of Legends, visit the official website here. If you want to check out the interactive map visit it here. 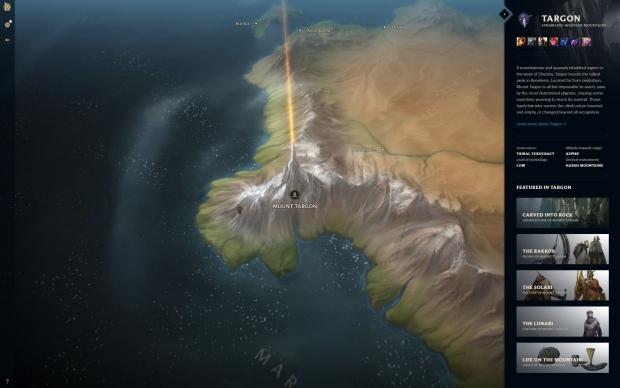