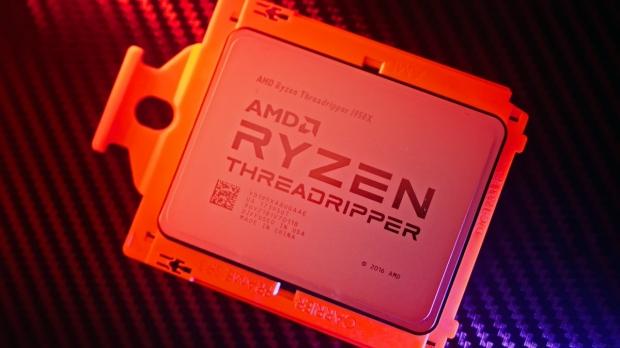 The second that AMD launches the new Ryzen Threadripper 2990X, it will have totally left Intel in its dust. Intel's flagship CPU has reached just 28C/56T, which will be dwarfed by AMD on August 13 with the Threadripper 2990X. We're to expect a base CPU clock of 3.4GHz and boost of 4GHz, while overclocking should get us to around 4.2GHz for single-threaded workloads.

Inside, the Ryzen Threadripper 2990X includes 16MB of L2 cache, 64MB of L3 cache for a total of 80MB of cache which is incredible. AMD is expected to keep the TDP of the 32C/64T behemoth at 250W, with a bunch of fancy coolers teased during Computex 2018. But what about price?

AMD is expected to launch it somewhere between $1500-$2000, with some reports teasing it could be more expensive than that. Considering that the Core i9-7980XE is only an 18C/36T baby processor in comparison, and Intel's highest-end Xeon Platinum 8176 costs around $9000 on Amazon right now... AMD is going to be kicking the proverbial crap out of Intel on August 13 and beyond. There's a better word than 'crap' that I would've used, but you know what it's like... Intel might get mad at me.