Avalanche Studios is pushing the sandbox-style chaos to the max with Just Cause 4.

Just Cause 4 looks to be the definitive game in the series for many reasons, and the newly minted E3 footage shows how far Avalanche has come with its proprietary Apex engine. The game will once again chronicle Rico's explosive escapades across a veritable sandbox playground, and according to game director Francesco Antolini this one should be the best yet.

"[With Just Cause 4] we wanted to make the best open-world sandbox ever, to give the sandbox the biggest possibility of expression. We wanted to push our physics to their boundaries, and we wanted to get back to a feeling of variety and discovery that I feel we had lost a little bit in Just Cause 3," Just Cause 4 game director Francesco Antolini told Game Reactor. 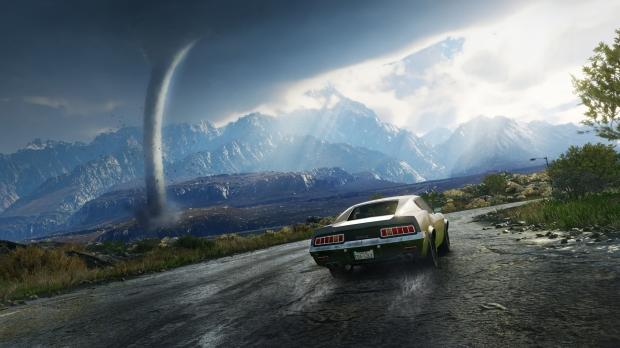 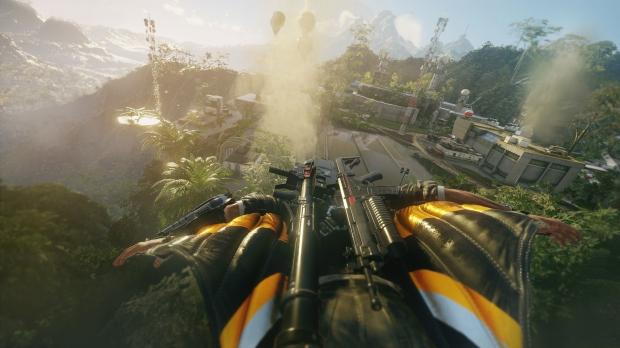 The latest game is also built with the studio's newly upgraded Apex engine--the very same that powers RAGE 2--that ensures players' journeys will be fraught with havoc. For example: Avalanche aptly describes Rico as a force of nature, and what better way to meet a force head on than with another force? That's why the studio doubled-down on its weather effects: gamers will clash with brutal tornadoes, sandstorms, blizzards and other inclement conditions throughout the game.

"We had the opportunity to start this game with a new engine. That meant first of all a much higher level of visual fidelity, and the engine allows for a complete physically-based rendering pipeline. It's quite a leap forward from the other Just Cause games. And it also allows us to tap more into the physics."

Welcome to Solis, a huge South American world home of conflict, oppression and extreme weather conditions. Just Cause 4 sees rogue agent Rico Rodriguez land in Solis to hunt down the truth about his past, at any cost. Strap into your wingsuit, equip your fully customizable grappling hook, and get ready to bring the thunder!

Soar through the skies with your wingsuit - Skydive, Base Jump and Free Dive with no limits!

Use extreme weather events to your advantage thanks to never seen before in-game physics.

Spearhead the rebellion and defeat the Black Hand, a hi-tech private military organisation.

Face off against Gabriela Morales - your most fierce, capable, and unpredictable adversary yet.

Uncover the truth of Rico's father's past life on Solis' and its extreme weather.

Discover a plethora of wonders as you explore the world of Solis from bustling cities to rural grasslands.

Creative Destruction at its best

Customize your new grapple hook with evolved and brand-new capabilities, allowing you to create your own personal stunts, destructive methods and overall play style.