Last month we saw Ubisoft Milan and Nintendo partner up for the newly released DLC. A gameplay trailer was released showcasing the vengeful Rabbid Kong and how players will be able to use some brand new abilities to tackle obstacles and stop the takeover of mystery island.

A quick description of the game says "Mario + Rabbids Kingdom Battle: Donkey Kong Adventure tells a new tale, starring one of Mario's oldest frenemies in a new world! Embark in an epic battle against a vengeful Rabbid Kong who uses his new powers to take over a mysterious island. Donkey Kong, Rabbid Peach, and a moody new Rabbid hero, Rabbid Cranky, will team up on a journey across four brand-new environments. Discover a world full of reinvented tactical gameplay, new enemies, and secrets to uncover." Mario + Rabbids Kingdom Battle Donkey Kong Adventure has been released on the Nintendo eShop and is only available for Nintendo Switch users. 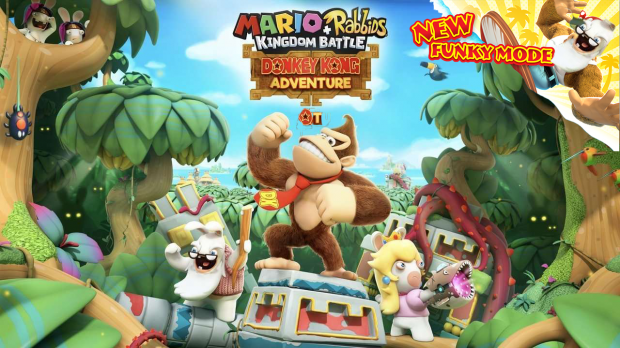