Psyonix is going to be following in the steps of Epic Games and Fortnite by introducing what seems to be quite similar to that of a Fortnite Battle Pass. 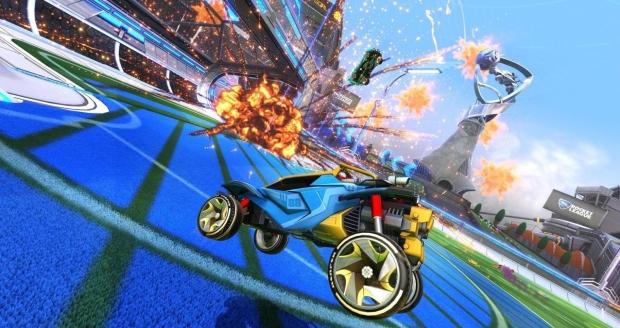 If you are unfamiliar with how the Fortnite Battle Pass system works, it is a system that allows for players to purchase a two month long season pass that grants access to cosmetic content while also giving additional rewards to players that earn more XP. Rocket League is now doing the exact same thing, giving players the opportunity to "earn free Customization Items, Player Banners, in-game Titles, and Decryptors."

The Rocket Pass will come in the form of two options, The Free Rocket Pass and also The Premium Pass. Players can upgrade to the Premium Pass for ten keys which comes in at $9.99, the premium option includes "new Customization Items, new Car Bodies, Keys, Premium Player Banners and Premium Titles." If you are interested in reading the full breakdown of the Rocket Pass visit the official Rocket League website here.