IGN has sat down with the PR Manager from SEGA named Evan Badger who runs us through 11 minutes of fast-paced Team Sonic Racing gameplay, explaining juicy details about the upcoming arcade racer.

Badger explains that players will have a choice of playing solo or with up to 12 other drivers. This will include both online and offline gamemodes such as Grand Prix, Time Trial and Team Adventure. Badger continues by explaining boosts, items and when to utilize team based strategies as well as the environmental effects of the tracks. 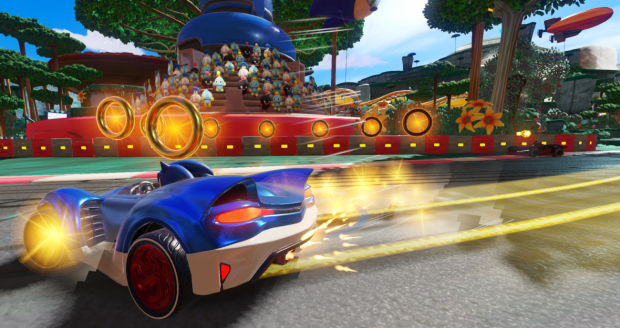