E3 2018 - Epic Games is on a mission to bring their battle royale shooter to every platform possible, now the smash success Fortnite is available on the handheld hybrid console the Nintendo Switch.

Currently the most popular game on the planet right now, Fortnite debuts to the Nintendo Switch as Epic Games officially announces its departure via a trailer at E3. According to the Nintendo website, Fortnite on the Switch will be receiving "weekly updates & events"

Some redditors have already downloaded the new app and judging from what they have been saying, Epic Games and Nintendo have allowed for players to carry their progress over from two platforms, meaning that swapping between Xbox One/PC version of the game and the new Nintendo Switch version will not be a problem at all. Unfortunately this cannot be said for the PlayStation 4 version, we will have to wait and see if Sony decides to change their mind. For further information on Fortnite arriving on the Nintendo Switch please visit the official Nintendo website here. 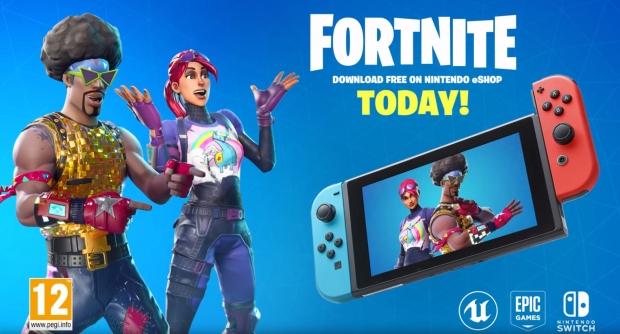