At the end of March we saw SEGA announce that they had a "Top Secret" Sonic Racing game in the works, Walmart has spilled the beans on this one with a listing for the title on their website.

According to the Walmart listing, the game will also be coming with a "Adventure Mode Unique story experience where players are introduced to basic game features and characters" and also "Various Characters and Classes 15 playable characters from across the Sonic Universe and 3 distinct character types including Speed, Technique, and Power classes." At the time of writing this the Walmart listing is still live, so if you are interested in viewing the full description notes visit the website here. 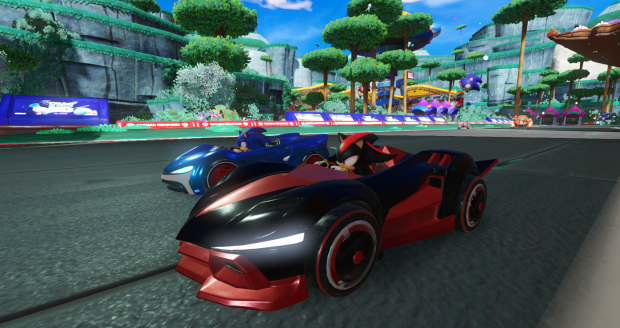 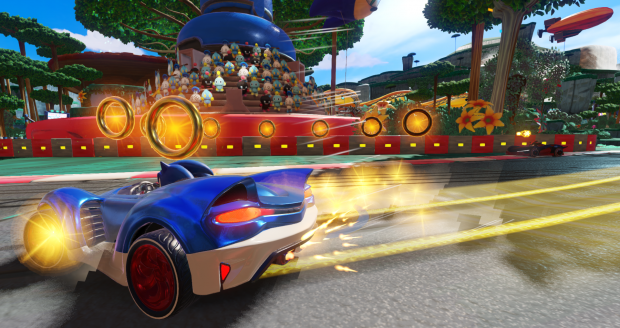 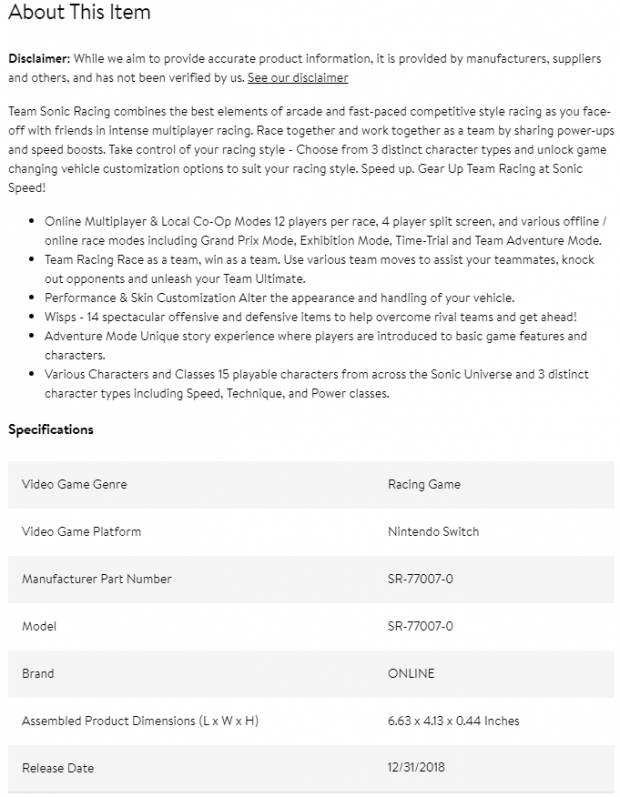