Ubisoft will have a retinue of high-priority games in tow at their E3 2018 event.

Beyond Good and Evil 2 has been in development for quite some time. Following the game's triumphant unveiling at E3 2017, fans are eager to know more about the huge sprawling online-based prequel, especially given the massive ambition Ubisoft Montpelier envisions. The publisher will indeed showcase the sequel-that's-actually-a-prequel at their E3 venue along with a number of other big titles like The Division 2.

Here's Ubisoft's Michel Ancel on Beyond Good and Evil 2:

"We've been working very hard just on the technology across three years time. Today we have a seamless online playground where we can travel across space at the speed of light. We can explore mysterious cities and discover unknown lands by ourselves or with friends. We want you to participate in the making of this great adventure," Beyond Good and Evil 2 designer Michel Ancel said.

Ubisoft will show off the following games at E3:

Don't forget that Ubisoft will also unveil its brand new IP at the event. We're not sure what it is yet, but it could be the new AAA RTS game that its Berlin and Blue Byte branches are collaborating on.

"This fiscal year we are looking to launch very strong titles that will benefit from extended development time that should support their overall performance. The release slate will be made of The Division 2, The Crew 2, and one unannounced franchise that we can't wait to reveal at E3," the company said in its earnings call.

"These three games are the result of a huge amount of work and passion of our teams over many years." 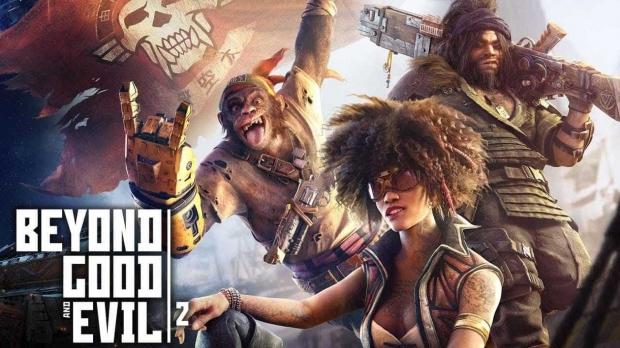