Tarsier Studios has decided to bring their adventure puzzle title Little Nightmares to the Nintendo Switch, to celebrate this decision the developers have released an announcement trailer.

Those that have not heard of Little Nightmares, here is a short description of the title "Immerse yourself in Little Nightmares, a dark whimsical tale that will confront you with your childhood fears! Help Six escape The Maw - a vast, mysterious vessel inhabited by corrupted souls looking for their next meal. As you progress on your journey, explore the most disturbing dollhouse offering a prison to escape from and a playground full of secrets to discover. Reconnect with your inner child to unleash your imagination and find the way out!"

Tarsier Studios and Bandai Namco are also launching the final DLC titled The Residence. Little Nightmares for the Nintendo Switch will be released on May 18th. 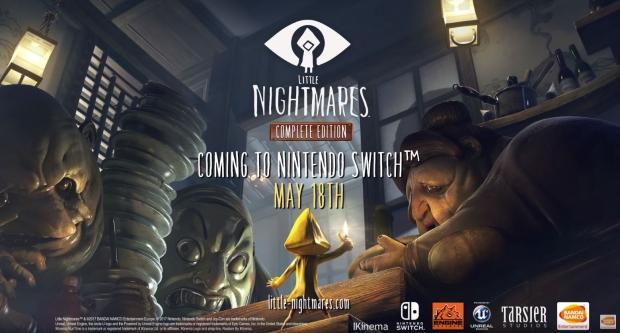