Following up on the announcement made by Outright Games that they will be revealing the release date for Adventure Time: Pirates of the Enchiridion today, we not only have the date but also a cool trailer to go with it.

The above trailer shows Finn and Jake going around helping their friends in need, beginning with the Ice King as his precious penguins have run away from him and his Ice Kingdom has melted. For those that are unfamiliar with the upcoming Adventure Time game here is a short description: "Somebody's up to bad biscuits. They got their hands-on another Enchiridion, and they've somehow used it to flood the Land of Ooo. Help Finn and Jake as they take to the high seas to solve this latest mystery and save the kingdoms of Ooo in this all-new third-person puzzle adventure. Freely explore unknown waters and familiar kingdoms with your crew of Adventure Time buddies. Unleash your heroes' unique abilities in exciting tactical battles on land and sea, and interrogate pirates and other suspicious characters as you try to figure out what son of a blee blop is behind this disastrous series of events."

Outright Games has said that Adventure Time: Pirates of the Enchiridion will be releasing on July 17th for the Nintendo Switch, PlayStation 4, Xbox One and PC. 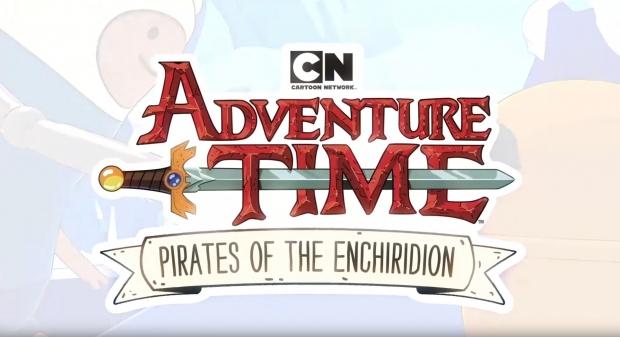