Today Android devices will be getting a slight upgrade, as Android Oreo rolls out to all Wear devices. The beta for Oreo originally only featured on the LG Watch Sport can be presumed over, as the Oreo updates for Android Wear include adjustments to vibration strength settings, touch lock and more. 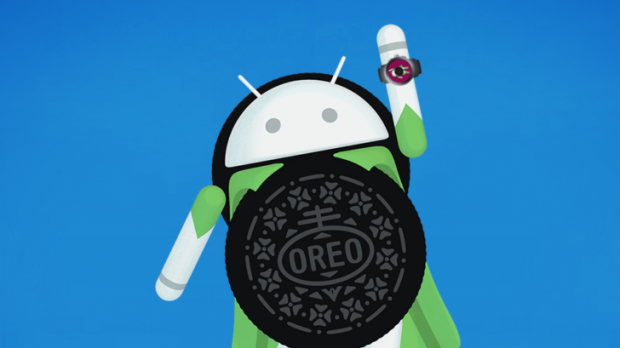 Hoi Lam, the Wearables Developer Advocate at Google is the source for this news as he posted in the Android Wear Developers Community, giving a short run down on the features that wearable devices will be updated with. The update will feature improvements that include a notification vibration strength setting, touch lock option, notification channels, battery saving limits and support for 7 new languages. 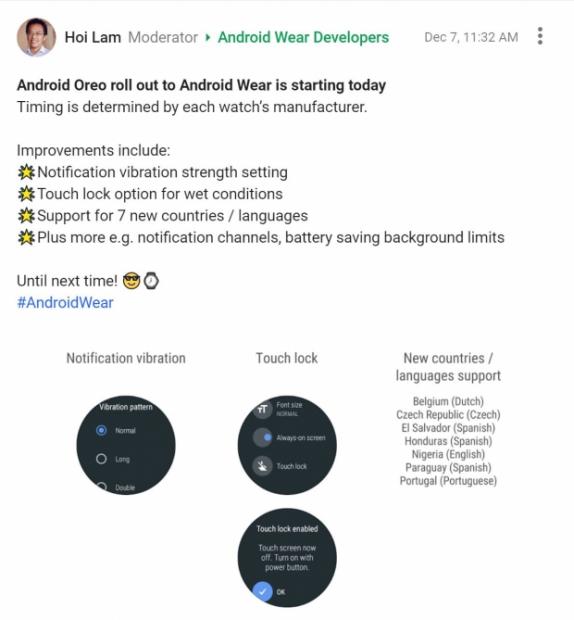 It is unclear whether the update is received yet on all Android Wearable devices, but it has been confirmed that it has hit the LG Watch Sport so there is no doubt other Android Wear products will shortly follow.

Lam said in his Google+ post that "Timing is determined by each watch's manufacturer."