Toshiba have announced the addition to their XG5 SSD lineup that is based its 64-layer, 3D BiCS FLASH memory, the new XG5-P. The latest member of the XG5 lineup is designed with the ever-expanding demands of high-end PC, gaming and content delivery thanks to its capacity of up to 2TB and improved random read/write performance of up to 55 percent over standard XG5 SSDs. 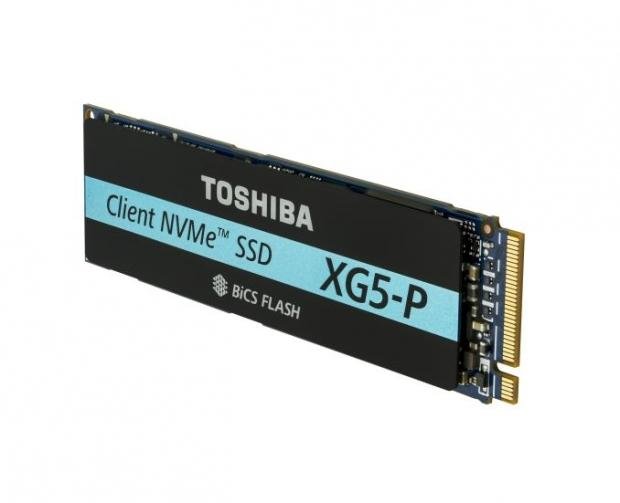 "Toshiba recognizes the need for engineering larger capacity, higher performance SSD solutions that target specific applications and use cases," said, Neville Ichhaporia, director of client and data center SSD marketing at TMA. "With our latest flagship XG5-P series, we have once again raised the bar in client SSD storage by delivering NVMe SSDs that take workstation, gaming and content creation performance to the next level."

The XG5-P will be available in both 1TB and 2TB variants, Toshiba are also offering Self-encrypting drive (SED) models supporting TCG Opal Version 2.01, allowing the XG5-P series to be the perfect solution for a magnitude of applications that require performance, as well as security and capacity. Toshiba are yet to announce a release date.