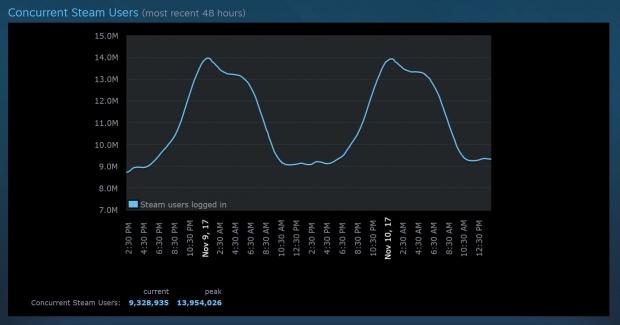 The first, second, and third positions have hundreds of thousands playing at once and for PUBG's case, millions playing at once. The games below that like TF2, Warframe, PAYDAY 2 and GTA V all have considerably less. PUBG truly is going crazy, where I think we'll see 2.5 million concurrent players over the weekend and then its into the 3 million stretch from there.