While the gaming world is dominated by the likes of Battlegrounds, Fortnite, Star Wars: Battlefront II, and others... don't forget massive fan favorites like Team Fortress 2, which is celebrating its 10th anniversary.

Valve is celebrating the 10-year anniversary of Team Fortress 2 with one of the games largest updates ever; Jungle Inferno. The new update relocates your heroes to tropical climates, with a story ripped from the script of Jurassic Park. Mann Co. President, Saxton Hale, has opened up Yeti Park. But there's a twist! The yetis escape and start causing all sorts of problems, as you can see in the video above.

Another surprise is that Valve released a new map, which is the first in-house map created since 2015, as well as some yeti-related taunts. The company has also unleashed five new fan-designed maps, with more content planned in the new Jungle Inferno content pack that will be released over the next couple of weeks. 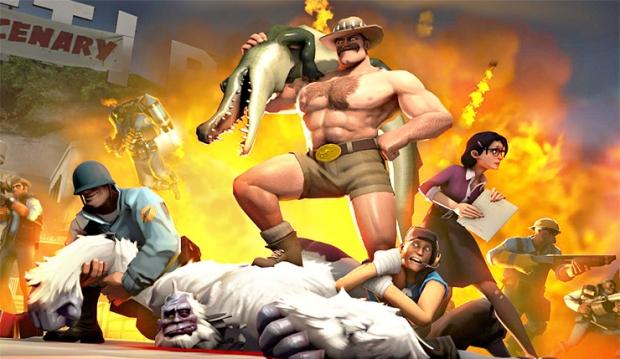