Gamescom 2017 is well and truly under way, with EA and DICE showing off some incredibly gorgeous new footage from Star Wars Battlefront II in its Starfighter Assault mode. Check it out:

EA also talked about Battlefront II's new play mode, maps, and more at Gamescom 2017: "Teams will face off in a swirling dogfight in the Fondor: Imperial Shipyard map, weaving around an Imperial Star Destroyer complete with speedy fighters, thundering bombers, distinct hero ships, and more. Will the brave pilots of the Rebel Alliance triumph against the Imperial Navy, or will the intrepid aces of the Galactic Empire foil the insurgents' plans?" 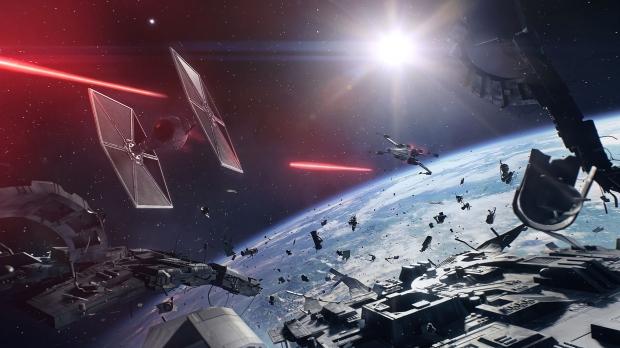