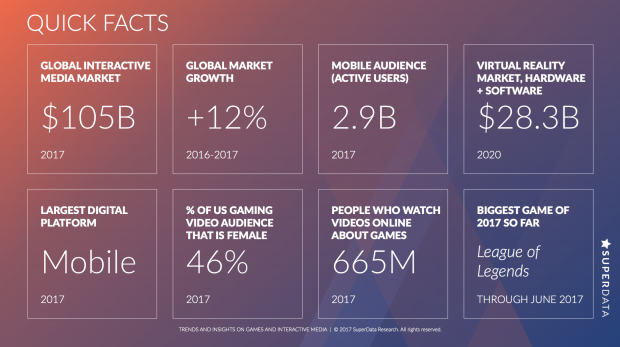 In its latest Trends and Insights on Games and Interactive Media report, analyst tracking firm SuperData forecasts the video games market to breach $100 billion in 2017. The report, which only includes digital media like PC, mobile, console and VR game software sales, microtransactions, and earnings from gaming video content such as Twitch, says that the global market revenues will grow by 12% year-over-year in 2017 to $104.6 billion. Contrarily, analyst firm Newzoo predicts the global games market will rake in $108.6 billion, up 7% year-over-year. 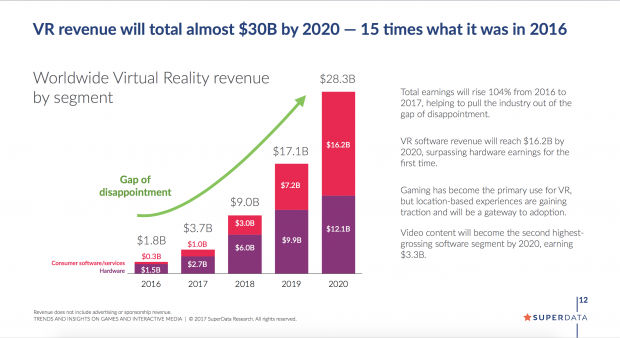 The report also mentions how important microtransactions are to console revenues, decreeing that any publisher who ignores added content is missing out on the lucrative $8 billion dollar market. 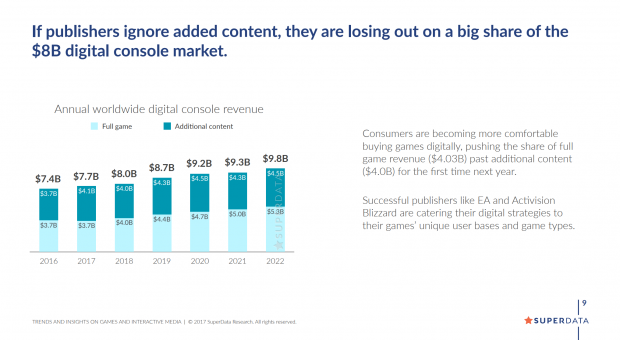 Add-on content--which includes DLC, add-ons, expansions, microtransactions and other in-game spending--will outpace console full game download revenue in 2017 by 10.81%, or $4 million. Digital console gaming add-ons are expected to make $4.1 billion in 2017, whereas full-game downloads are expected to pull in $3.7 billion, meaning the total digital global console gaming segment is to pull in $7.7 billion revenue in 2017.

Rocket League, with its cosmetic-only microtransactions, is cited as one of the best ways for publishers to tackle monetization. The report notes that Rocket League made over $1 million in add-on revenues with its annual Halloween and Christmas events.