Another photo leak of the upcoming Galaxy Note8 has emerged, confirming the design of the phone. 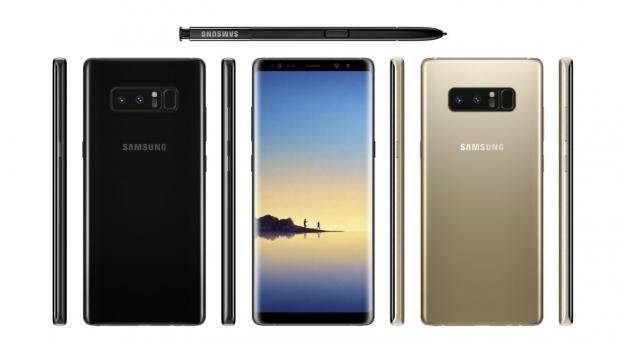 The photo was posted by the well-known leaker Evan Blass, and it shows the press renders. It seems that there is no doubt anymore and that the fingerprint sensor will indeed be at the back of the phone next to the camera sensor.

We know that Samsung has planned to embed the fingerprint sensor under the glass on the front of the Galaxy S8, but due to certain problems, they had to give up on the idea. It was expected that the company would resolve the problem and embed the biometric fingerprint reader under the phone's display on the upcoming Galaxy Note8, but it seems that the company still didn't find the right solution.

The photos also show the color options for the Galaxy Note8 - Midnight Black and Gold. We recently learned that there should also be at least two other color options - Orchid Grey and Deep Blue.

Samsung will reveal the Galaxy Note8 on August 23rd.

When it rains etc. pic.twitter.com/D0lFR5Wn1B