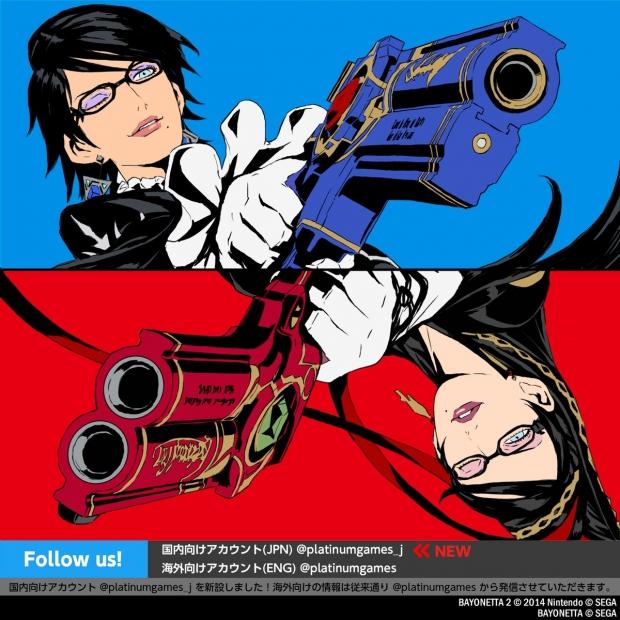 PlatinumGames recently christened its new Japanese Twitter account with some fresh Bayonetta artwork from dev Yusuke Hashimoto that may or may not be teasing something interesting. The artwork, pictured above, clearly has red and blue to match the color schemes of the first and second Bayonetta games. Know what else has a red and blue color scheme? The Neon Red and Neon Blue Nintendo Switch JoyCons.

I have to admit that alone is pretty shaky evidence. But wait, there's more! A fan made the correlation and brought it to PlatinumGames' attention in this Tweet, which the developer favorited. Therein lies the teaser.

Not convinced yet? A Bayonetta re-release on the Nintendo Switch makes sense for SEGA. The Japanese games-maker recently promised to revive dormant IPs on all platforms, including PC, mobile, and consoles. SEGA has been busily making good on this promise by releasing two original PlatinumGames titles on PC: the first Bayonetta game, and Vanquish.

Of course Nintendo technically owns the rights to Bayonetta 2. The game was only ever released on the Wii U, and if the sequel does arrive anywhere, it'll be a Nintendo system.

It all makes sense! If PlatinumGames releases Bayonetta 1 & 2 on Nintendo Switch, will you double dip? Or will you be experiencing it for the first time?