The new Kingdom Hearts III gameplay trailer shows off some snazzy action-based combat and heralds the return of Hercules and cements the Mount Olympus world into the game. The footage wasn't actually revealed for E3 proper--it was part of the Kingdom Hearts Orchestra World Tour.

Sadly, Square Enix says it may not show more KH3-related goodies at E3. "Fans can look forward to the unveiling of a new world and new trailer during the D23 Expo on July 15, 2017," a PR rep told us.

"In this action-packed trailer, Sora, Donald Duck and Goofy help Hercules battle various forms of Heartless on Mount Olympus through gorgeous visuals and gameplay. Fans will see Sora in a new form, which allows him to perform special powerful solo and joint attacks on his enemies. A new glimpse into the game's storyline reveals a reunion with Disney villains Hades, Maleficent and Pete as they discuss the location of a mysterious item while Sora is faced with a dilemma in an effort to bring back an old friend."

Just don't expect KH3 to release any time soon. Square Enix has delayed Kingdom Hearts III as far as 2019 on PS4 and Xbox One. 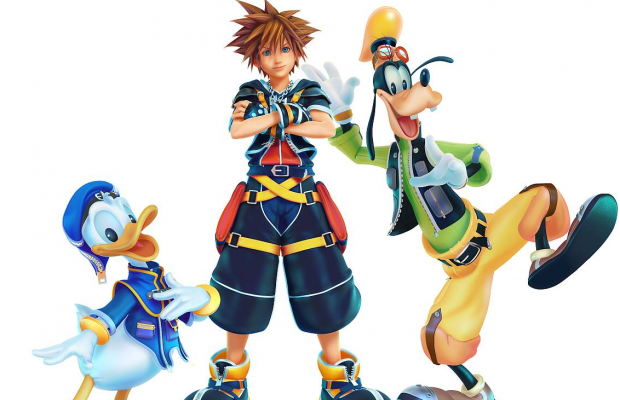