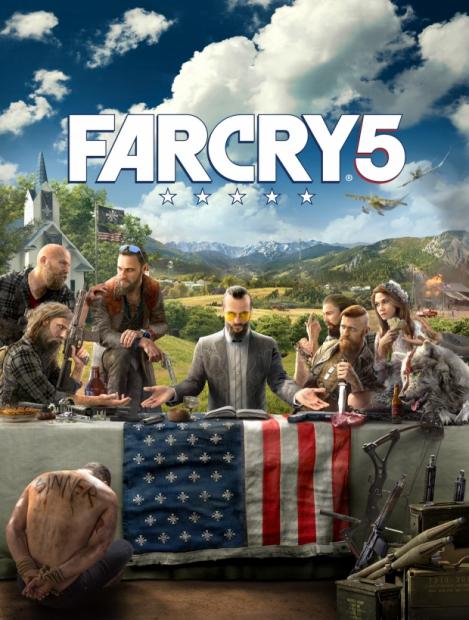 Far Cry 5 was officially confirmed days ago, and Ubisoft is set to reveal the game in a trailer this Friday. Ahead of Far Cry 5's official showcase, the publisher dropped new key art for the game to give us our first glimpse at its main characters. No information was released about the game--only the picture--but the image tells us quite a bit. In fact, Ubisoft threw in some extra blasphemy by recreating The Last Supper with Far Cry 5 characters, outright confirming the religious aspect.

For instance, we already know Far Cry 5 takes place in modern-day Montana, and is heavily based on a religious cult held in check by armed guards. Now we get a good look at the villains we'll no-doubt be taking down: the main baddie in the center who's likely in charge of the cult in Hope County, Montana, alongside his henchmen, which includes an Army vet with a pet direwolf.

Read Also: Far Cry 5 may have exclusive content on PS4

We also may be able to fly planes in Far Cry 5, and there's one of the series' token towers in the background for good measure. The key art is obviously missing quite a few characters, so we should get even more info when Ubisoft releases the full image.

Far Cry 5 will be officially unveiled with a reveal trailer on Friday, March 26, 2017. The game is slated to release on PS4, Xbox One and PC, and we predict it'll launch sometime in summer.