The Galaxy Note8 will likely debut this fall, and it is expected that the phone will feature a dual rear camera setup.

However, it seems that the Note8 won't be Samsung's first smartphone with a dual camera. 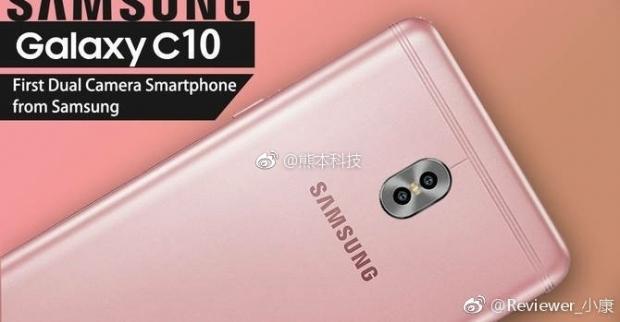 The latest leak suggests that the Galaxy C10, expected to be announced before the Note8, will rock a dual camera setup.

There's not much info available about the Galaxy C10, but if the report is legit, it will be Samsung's first smartphone with a dual rear camera setup.

The image reveals two vertically positioned cameras on the back of the device, antenna bands, and a rose gold color of the device.

The phone should also be powered with Qualcomm's recently announced Snapdragon 660.