The Snapdragon 845 is the next rumored SoC from Qualcomm that is expected to be announced this year and ship in devices next year.

Although the current Snapdragon 835 was announced just a couple of months ago, we have already heard some rumors that Samsung and Qualcomm are negotiating over Snapdragon 845.

Up until now, it wasn't even certain that the next flagship platform will carry that name, but Qualcomm has accidentally revealed the name of the upcoming SoC, and it will, in fact, be named Snapdragon 845. 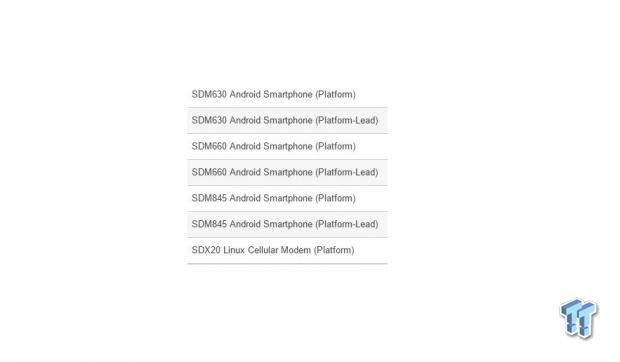 Not much is know about the Snapdragon 845 at this point, but we will see it in flagship phones next year.

Qualcomm kept the name of their last flagship SoC, the Snapdragon 835, to themselves up until the official pre-briefing that we attended about the new platform in New York, so it's interesting to have the name confirmed so early.

We will likely know more about the Snapdragon 845 later this fall when they're expected to disclose more details unless their site leaks more info until then.