Much like any modern game, Arkane's new Prey game will release with a day-one patch. 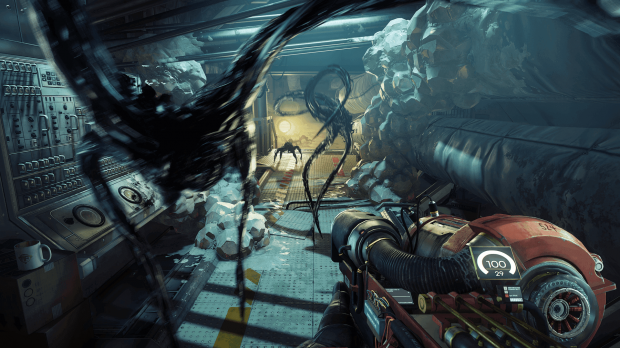 Prey's day-one patch isn't so bad and only tallies to 1.3GB in size. But size isn't nearly as important as what it fixes, and according to the patch notes, the update smooths out quite a bit of things including frame rate bugs, audio issues, saving and loading bugs, and other problems across the board.

The patch also addresses NPC interactions and UI, as well as enemy behaviors, powers, player issues, and much more. Since Prey is slated to release this Friday, we thought it pertinent to roll this info out to give gamers a better idea of what to expect from the final game, especially anyone who's interested in the PS4 version.

Interestingly enough the patch doesn't mention any fixes for the apparent input lag on the Prey demo's PS4 version. I've contacted Bethesda for clarification on whether or not the input lag issues will be fixed at launch, and we'll be sure to update this article if and when we hear anything.