Rocket League developer Psyonix Games have just announced last night at the Game Awards that they will be releasing a new map called "Starbase ARC" and a new DLC car called "Vulcan" for December 7th.

According to the description of the trailer, Starbase ARC is " an homage to Psyonix's critically-acclaimed mobile title, ARC Squadron, is an octagonally-shaped space station orbiting a desert planet in a distant galaxy. The post added : "Lasers fire whenever goals are scored, starships battle it out in the skies, and planetoids float eerily by in the distance to create one of the most epic Rocket League atmospheres yet."

For the new sleek and star-ship looking "Vulcan", it will cost you $2 if you want to acquire this other homage to ARC Squadron. 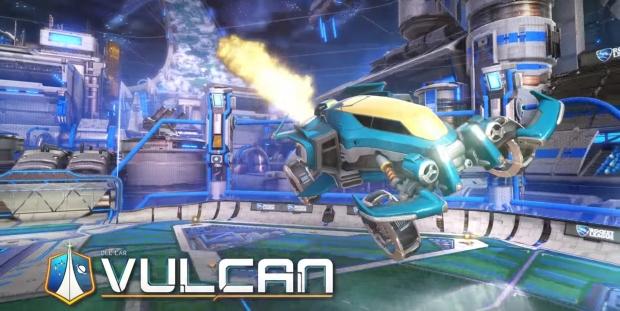