Overwatch's second post-launch hero Sombra is available to play now on the game's Public Test Realm (PTR). If you haven't gotten in on the PTR yet, simply boot Battle.net, change your region to PTR: Overwatch, and get to downloading. There is a queue, but you should be able to get in sometime today if you can't immediately.

As mentioned previously, she's a weird mix of stealth, DPS, and support. Packing a full auto machine pistol, all kinds of utility and crowd control, and a combination of invisibility and speed, she's kind of like Ana and Tracer combined. Many are speculating she's majorly overpowered, but as we've seen with Ana, it's one thing to see the abilities and another entirely to utilize them in game, so her launch is exciting as it will let the community see what's what firsthand.

Alongside Sombra arrives a new Mei-themed Antarctica map and an Arcade mode that includes all kinds of fun sub-modes like Mystery Duel and No Hero Limit Random, complete with prizes. In other words: tons of fun for everyone. 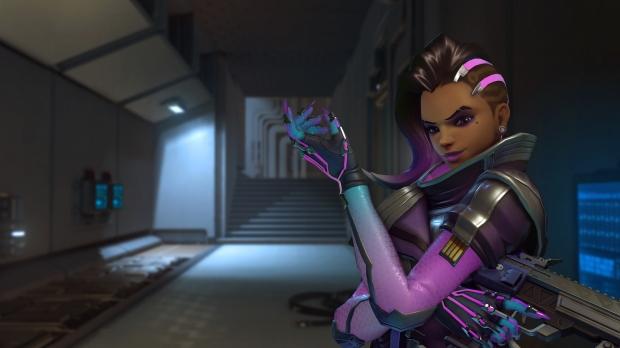