Whenever a new iPhone launches, we get to read about crazy stuff people are willing to do in order to get their hands onto Apple's newest flagship. I'm not talking about standing in lines for weeks, although that is also pretty hardcore. For example, last year there was a case of a Chinese guy who tried to sell his kidney so he could buy the new iPhone. 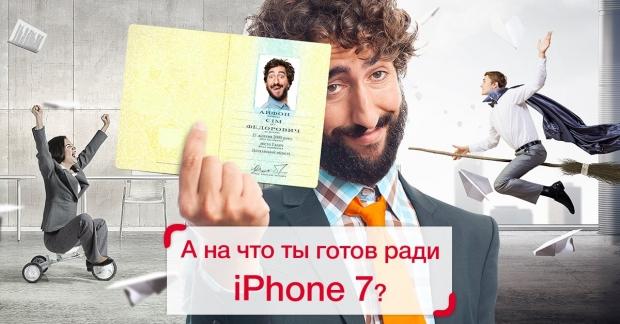 This year we have something less dangerous but equally stupid. A Ukranian webshop Allo decided to give away five iPhone 7 devices to people who officially and legally change their name into - Sim iPhone (sim means seven in Ukranian), Sim being the name and iPhone last name.

Allo announced that they already have one lucky (if we can call Mr. Sim iPhone lucky) winner who officially changed his name and matched their criteria for iPhone 7 giveaway. They also noted they are currently checking a second participant who allegedly also changed his name.

So there you have it, folks, three more iPhones left! Who wants to be named Sim iPhone aka Seven iPhone?