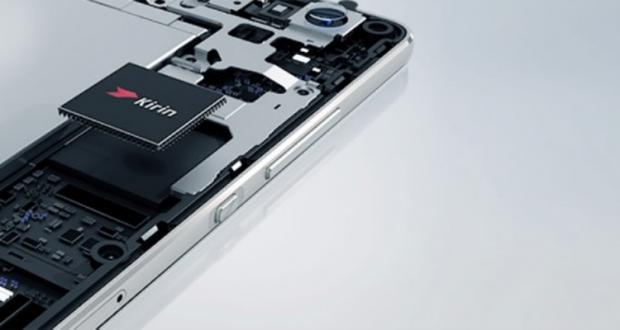 The Kirin 960 is a 16nm SoC, and features an octa-core CPU that's comprised of four of ARM's new high-end Cortex A73 2.4GHz cores alongside four Cortex A53 1.8GHz cores. On the GPU side, Huawei's Kirin 960 taps ARM's new 900MHz Mali-G71 MP8 GPU, which features full Vulkan support and doubles the core shader count while offering an 180% boost in GPU performance over the Kirin 950. 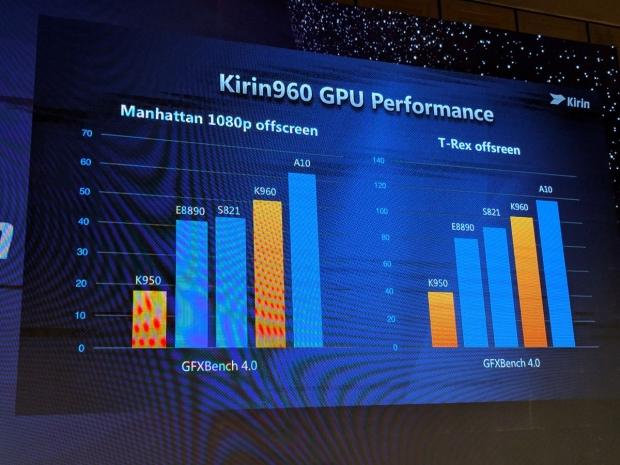 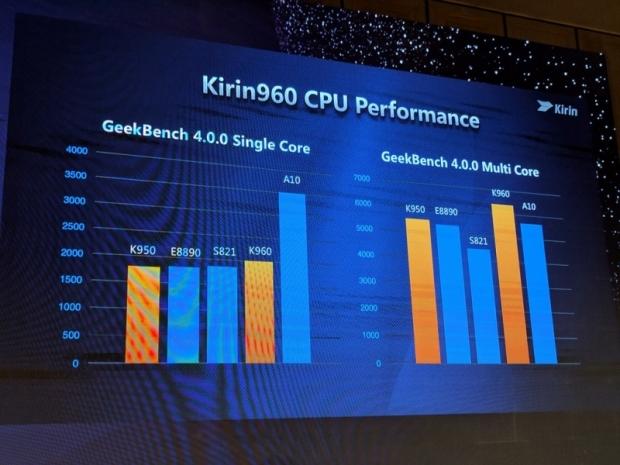 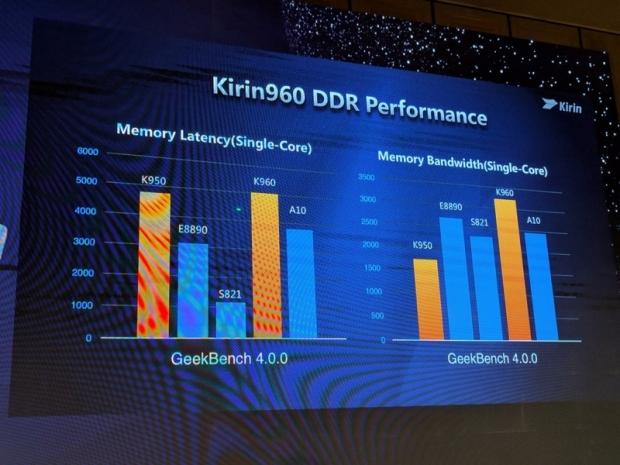 Battery life optimizations are readily apparent in the Kirin 960, and Huawei demonstrated the chip's power efficiency with Pokemon Go. The chip uses a low-power smart-sensing core in tandem with features like a low-power GPS to maximize power efficiency with battery-draining apps, and Huawei promised the chip would allow 1.2 days of full Pokemon Go play versus the competitor's half a day.

The SoC was created with the 16FFC process thanks to a joint collaboration between Huawei's fabless semiconductor company HiSilicon and TSMC.

The first handset to use the Kirin 960, Huawei's Mate 9 flagship, is expected to release sometime in November. 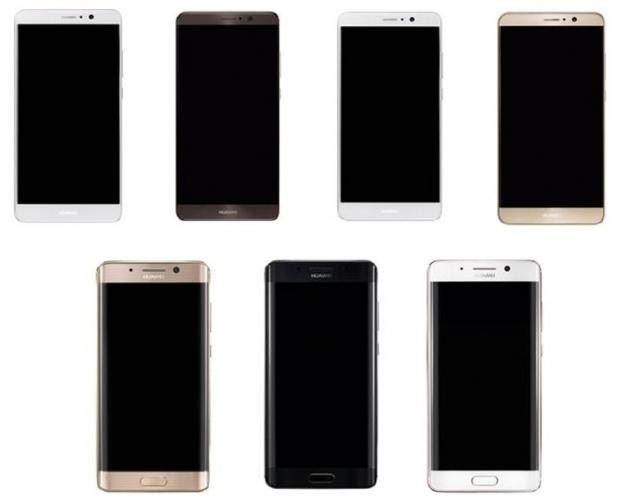