Apple has been slowly losing its lead of battery life champion with the iPhone, and it looks like this streak continues with the new iPhone 7, which gets smashed by flagship competitors from Samsung, HTC and LG. 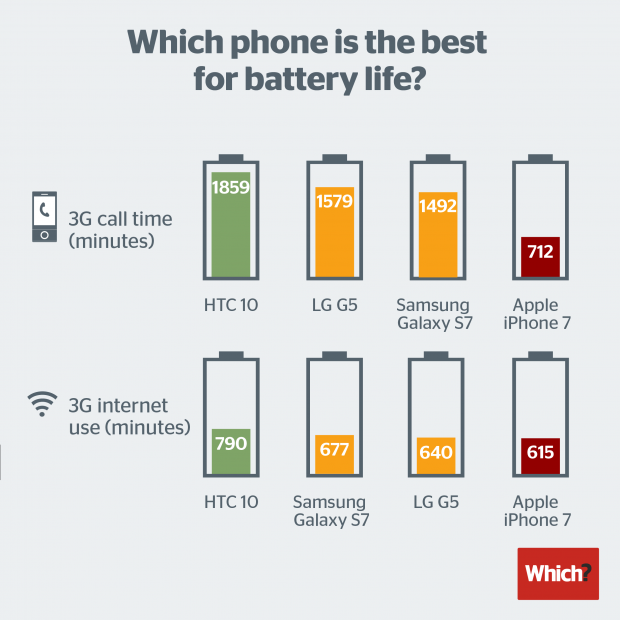 Tests performed by Which? used custom battery tests on the Apple iPhone 7, Samsung Galaxy S7, HTC 10, and LG G5 smartphones. The battery test involved normal tasks that everyday users would do, like phone calls, browsing the web, and watching videos. All smartphones were using the latest version of their respective OS, so we have the iPhone 7 with iOS 10 and the three Android smartphones with Android 6.0 Marshmallow.

In the tests, we have the following results: