EA and DICE are ramping up towards the impending launch of Battlefield 1 on October 21, releasing a new trailer showing off the Frostbite engine in all of its glory for the single player side of BF1.

EA teases: "Battlefield 1 takes you across multiple and varied locations in a bid to fight your way through immersive battles. From tight urban fights in a besieged French city, to big open spaces in the Italian Alps and frantic combats in the deserts of Arabia, discover a world at war through an adventure-filled campaign. In a true multiplayer sandbox experience, take to the skies and engage in high-octane dogfights through treacherous landscapes, or have a battleship obliterating the coast from the sea, and engage in some of the biggest battles ever seen as empires clash for supremacy".

Senior Producer at DICE, Aleksander Grøndal: "The game will deliver a fresh experience full of what makes Battlefield great, with a multiplayer sandbox, immersion, epic scale, authenticity, team play and an ever-changing world full of unexpected Battlefield moments. We're inviting players on an epic journey across a war-torn world, taking them to the Great War and providing something both varied and unique in Battlefield 1".

Battlefield 1 is dropping on the PC, Xbox One, PS4 - with EA Access and Origin members will get access to BF1 on October 18. 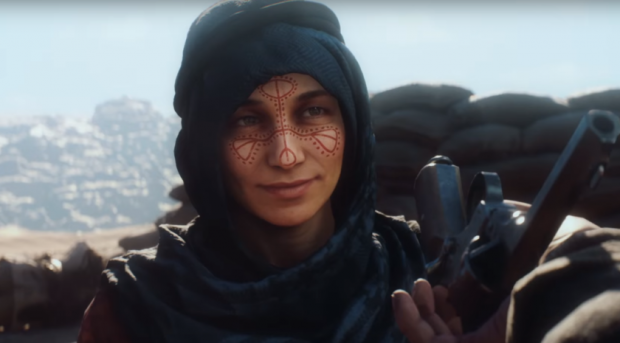