UPDATE: Webdush Securities analyst Michael Pachter claims that his quotes were severely misrepresented in the Daily Star interview, and has given the following statement to Tech Raptor to clarify:

"I am a PC gamer, I like PC gamers, and I merely referred to them as insular. I in no way intended to call them out as 'deplorables', and I think that the reporter overstepped the bounds of propriety in making it appear that I said such a thing with venom. In any case, I've given THOUSANDS of interviews without offending an entire group of people, and somehow this guy ended up with a "gotcha" moment. It's time to move on." 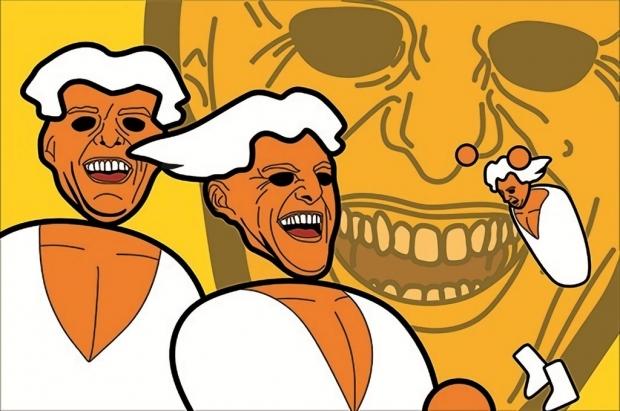 Michael Pachter is known for his controversial and brusque nature in the gaming sphere, but this time I think he's gone way too far. When asked if he thinks PC gamers would even think about buying Sony's new 4K-ready PS4 Pro console, Pachter said: "I think PC Gamers are like racists; they only like there own kind and they have no interest in venturing out and mixing with other races," Pachter told the Daily Star

"PC gamers are arrogant twits who are convinced what they do is better than what anybody else can possibly do," the analyst continued. Pachter apparently doesn't understand the PC Master Race satire and sees PC gamers as snobby elitists that flaunt their expensive video cards around in the faces of console gamers.

After these brazen remarks, Pachter puts on his professional analyst tie and explains that the PS4 Pro is the obvious choice for any PC or Xbox gamer who wants to jump into PS4 gaming,

"However if you were an Xbox owner and you've always wondered what it's like to be a PlayStation owner, this is a great opportunity. And I think if you're not a [next-gen] console owner at all - which would include a subset of PC users - this is the one you would buy. This [PS4 Pro] is the obvious choice."

Our take: Calling PC gamers racists and arrogant twits is a horrible thing to do for any professional, let alone an analyst, even if he explains what he means it's still wrong. Honestly, I'm surprised this guy still has a job, especially since he's been pretty backward on some of the technical details of the things he's said about console gaming.

Now we can't go out and defend the bullying of console gamers at the hands of PC gamers, but the answer isn't to inflame either side with insults. An analyst is using his platform and standing to make some ridiculously unfair remarks about a community he's supposed to be professionally analyzing.

Now I'm not going to point fingers at anyone, but I will say this: I've seen many PC gamers try to help console gamers "convert" to the new platform and offer advice on builds and the like, and I've seen many console gamers jump ship in response to Sony's new $399 PS4 Pro system. The PCMR community has welcomed a majority of them with open arms. And I will also say that there are plenty of PC gaming "elitists" that own top of the line PC hardware and still buy consoles.

No matter who you are or what you like, there's always going to be fanboys that defend their favorite hardware to the very end. But that's okay, that's part of the gaming sphere; hell, companies like Microsoft, Sony and Nintendo directly profit from this fanboyism and they actively contribute to it at any given opportunity. This also happens in the PC world, with the age-old battle of AMD against NVIDIA.

At the end of the day, you can't judge an entire spectrum of gamers from memes and satire, and you can't afford to call your own community "racists" if you're a professional analyst. I hope that Pachter apologizes, as this behavior isn't something I'd expect from someone like him.