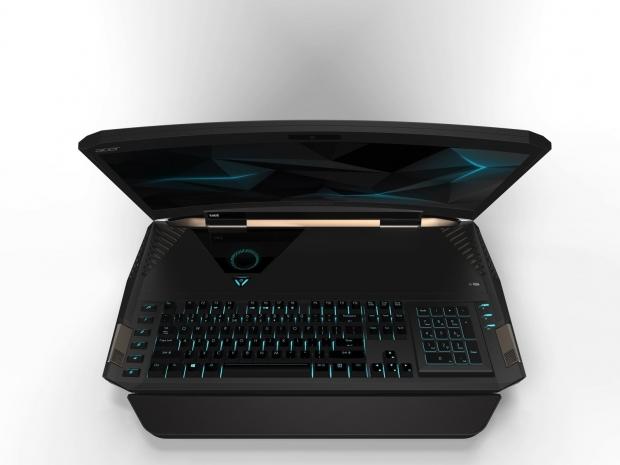 Acer revealed its new flagship Predator 21 X gaming laptop at IDF 2016 in Berlin, and boy does this notebook pack a serious punch. The Predator 21 X features the world's first curved display on a laptop, with the panel clocking in at a 21-inch ultra-wide IPS display (2560 x 1080) with NVIDIA G-Sync support and Tobii eye tracking for good measure.

Under the hood the Acer Predator 21 X is outfitted with dual NVIDIA GTX 1080's in SLI for some serious gaming power. Remember that the mobile GTX 1080 GPUs feature 2560 CUDA cores and a 1733MHz boost clock with 8GB of GDDR5X at 10GHz. The enthusiasts laptop will also tap Intel's new 7th generation Kaby Lake processors for maximum CPU performance. 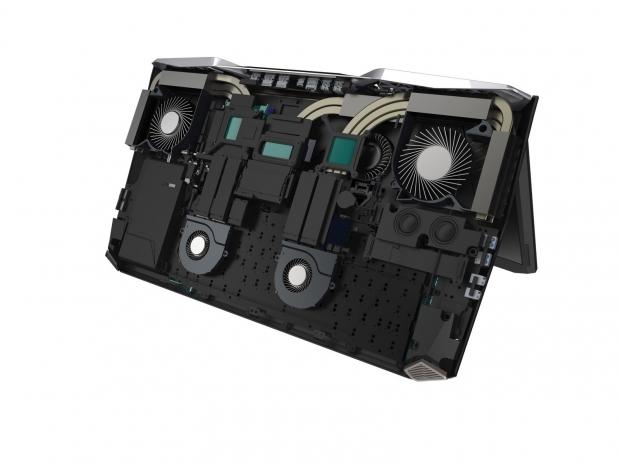 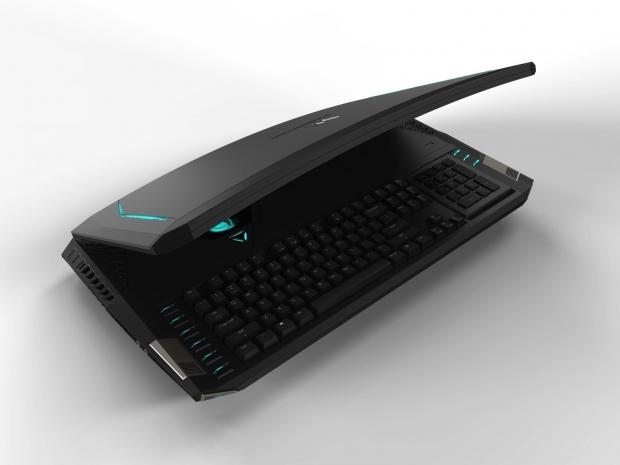 Acer's monster flagship notebook also has a nice array of cooling solutions with five total system fans--three of which are the ultra-thin AeroBlade metal fans--to ensure optimum heat dissipation during high-performance gaming sessions. This is a pretty big deal as we all know laptops get hot with normal operation, not to mention enthusiast-level gaming.

Last but certainly not least, the Acer Predator 21 X rocks a full-sized RGB mechanical keyboard with Cherry MX switches for that satisfying tactile feel. What's more is that the keyboard's numerical pad can transform into a makeshift touchpad. 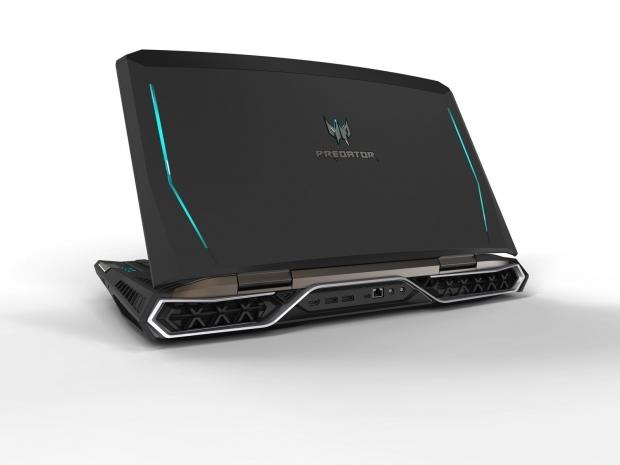 As for pricing and availability for the new insane laptop, Acer tentatively mentioned a Q1 2017 target launch at the event. Pricing wasn't mentioned, but you can bet that it's going to be quite expensive thanks to all of those premium components. Still, though, it's amazing to see how much incredible tech you can slap into a notebook these days...wonder when and if we'll see this kind of hardware put into a console?