If we consider the GeForce GTX 980M and GTX 970M had their VRAM clocked at 5GHz (down from 7GHz on the desktop GTX 980 and GTX 970), NVIDIA has been able to make a huge 50% increase in memory clocks, which is quite the achievement considering these are going into notebooks. 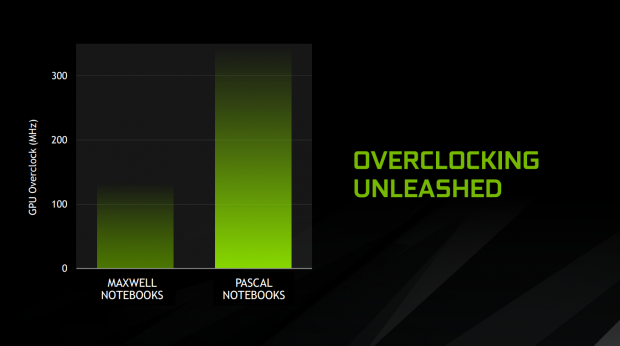 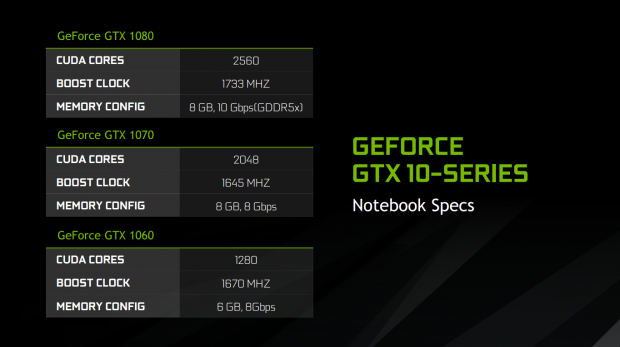 NVIDIA explained that there were numerous changes with the electrical and power designs of the Pascal-based GeForce graphics cards for notebooks, with dual-FET power supply, and more. The dual-FET power supply allows the system to have a much higher power density, which in turn, allows for more power to be used in a smaller area - you know, like a gaming notebook. 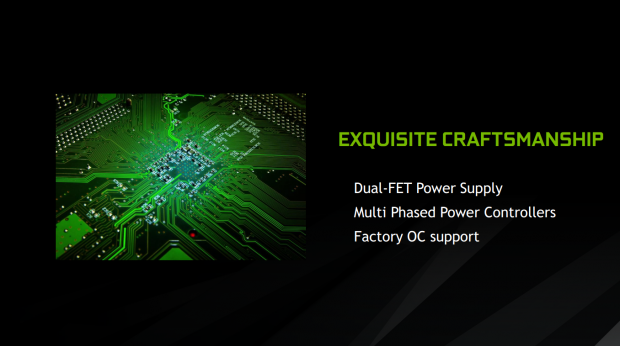 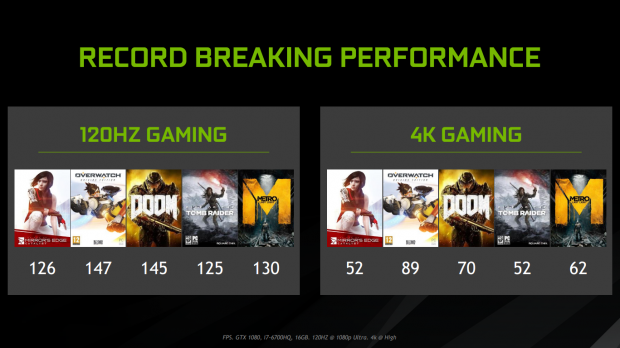 The cheaper GeForce GTX 1070 was not far behind, with 103FPS average in Tomb Raider, 125FPS in Shadow of Mordor and 175FPS in BioShock Infinite. All of the games were run at 1080p, with very high settings enabled. The GTX 1070-powered gaming notebook was running an Intel Core i7-6820HK while the GTX 1080-powered machine was running a Core i7-6700.

We will be securing ourselves some new gaming notebooks in the very near future, so you'll be hearing more from us when we get some hands-on time with the machines.

We took a bunch of shots of some new NVIDIA GeForce 10 series powered gaming notebooks, with NVIDIA displaying units from the likes of MSI, ASUS, GIGABYTE and more. 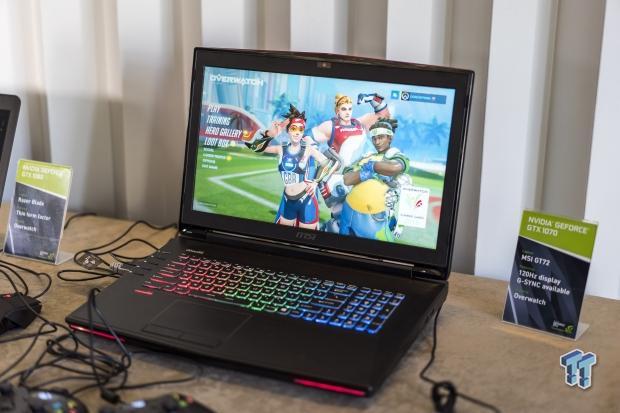 MSI's new GT72 gaming notebook, powered by the GeForce GTX 1070 and rocking a beautiful 17-inch 120Hz display with G-Sync enabled. It was liquid smooth, and as a huge performance and high refresh rate monitor enthusiast, this is one of the most impressive gaming notebooks I've ever used. 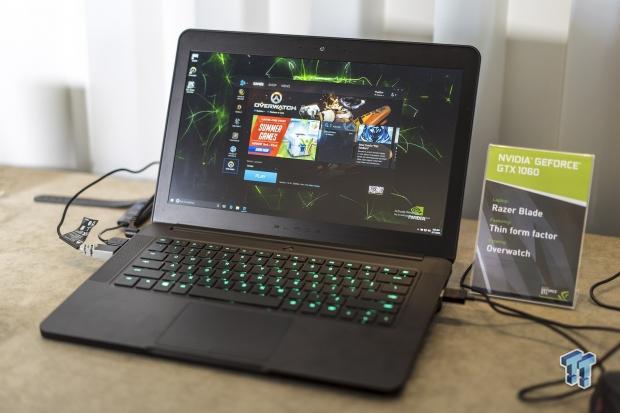 The new Razer Blade, powered by NVIDIA's GeForce GTX 1060. It was just as thin as we've been accustomed to with Razer Blade notebooks, but with the GTX 1060 you can crank all the bells and whistles in your games up to 1080p and still maintain 60FPS. 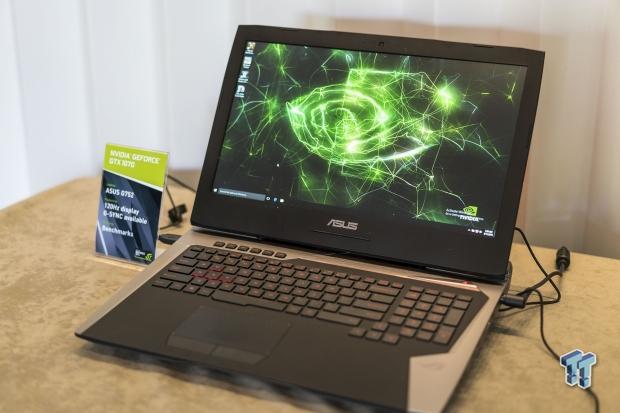 ASUS had their new G752 gaming notebook on display, which also rocked a 120Hz-capable refresh rate and was buttery smooth to use. 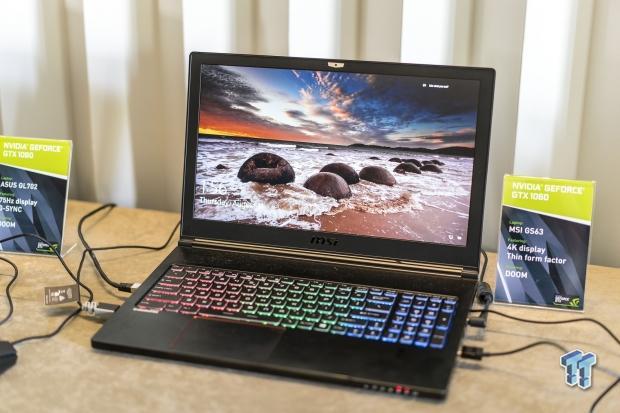 4K gaming isn't going anywhere, with the new MSI GS63 keeping it nice and thin - which I really dug the feel and look of, while using a 4K display. 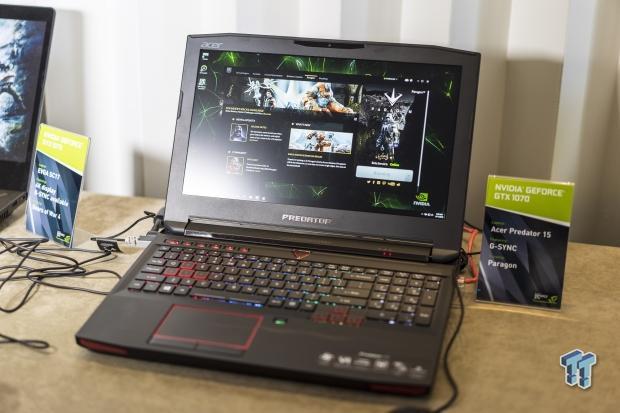 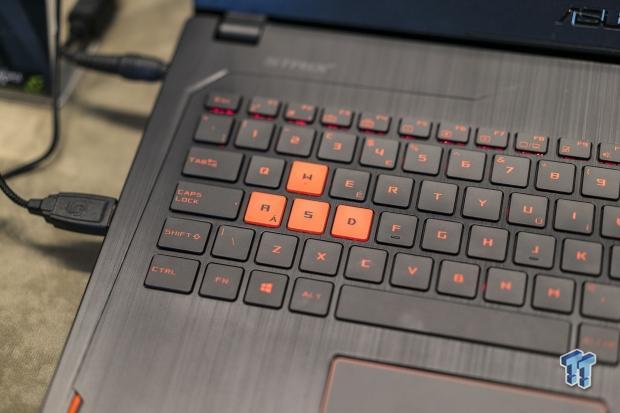 NVIDIA has done it again, they've shaken up the gaming notebook market with their desktop GeForce GTX 10 series graphics cards with nearly no compromises. We're looking at desktop class performance that will handle 1080p at 120Hz or 4K at 60Hz inside of a gaming notebook. 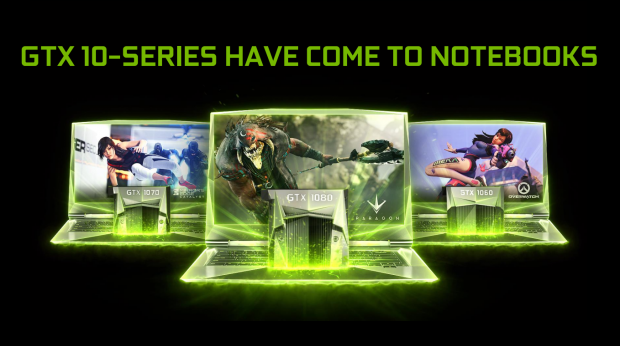 There's one for everyone, so if you can't afford the top of the line GTX 1080-powered notebooks, the GTX 1060-powered notebooks will still be capable of 1080p 60FPS. Not only that, but there are some really slim offerings in the form of the new Razer Blade for example, which rocks a 1080p display and GTX 1060. More than enough to run games maxed out right now, or if you're playing something like Overwatch you could turn on DSR and render 1440p or above, on your 1080p 60Hz display. 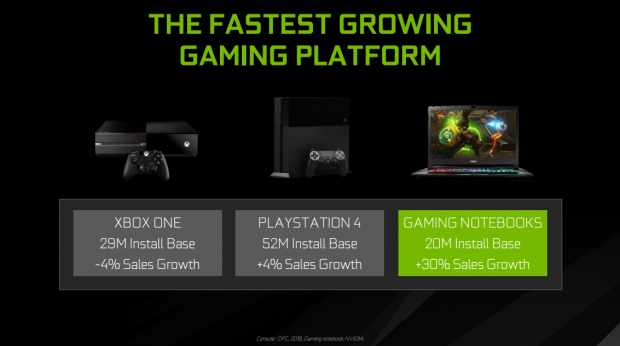 All in all, NVIDIA is really killing it with gaming notebooks right now, commanding a huge 20 million install base. There has been a 30% sales growth over the year, which is great considering even Microsoft and Sony with their Xbox One and PS4 consoles, respectively, are only seeing a 4% sales growth and they're priced at under $400. 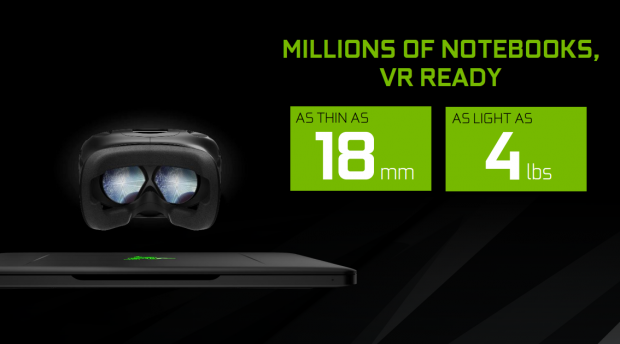 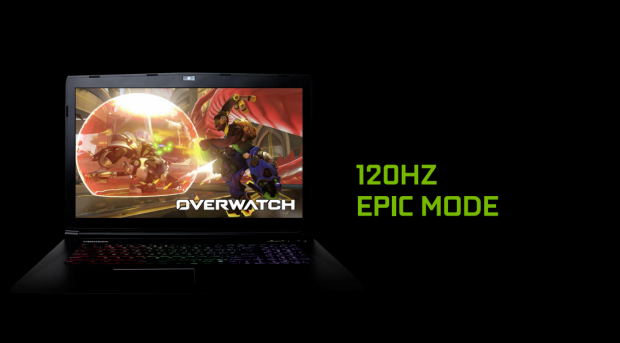 Desktop-class performance, VR-ready gaming notebooks and the 120Hz 'Epic Mode' displays. Oh boy, what a time to be alive.