No Man's Sky can drop as far as 13FPS in some stages and suffers from distracting texture pop-ins on ship fly-bys.

I'm enjoying my time with No Man's Sky so far--the game is absolutely beautiful and is quite an interesting experience. However I am aware of its faults, some of which are glaring distractions that really break the immersion. Some of the major faults are the ugly texture pop-ins that occur when you're flying above land in your ship, and Digital Foundry has found that No Man's Sky can dip far below its 30FPS mark--as low as 13FPS in some cases.

Now before we start dismissing Hello Games' procedurally generated exploration sim as a "broken game," we need some context. The game handles its frame rates exceedingly well on Sony's PlayStation 4, providing near-consistent 30FPS in almost every moment--even during cluttered space battles with frigate ships, planets, asteroids and pirates blasting you down, as well as high-volume planets with tons of flora and fauna. But there's some moments that trigger some noticable FPS drops, namely when you're flying across a new planet's surface.

And then there's the texture pop-ins. I saw these on the leaked videos, and Hello Games apparently optimized the pop-ins with the game's huge day one patch, but it's still not enough.

The pop-ins are pretty bad on the final game and I'm not sure if it's because of the PS4's limited hardware, or because of the game having to trade-off certain things in order to maintain its procedurally-generated universe.

According to Digital Foundry, the FPS drops trigger when you're boosting across a planet's surface. This is exactly when the texture pop-ins kick in, and they get continue to get worse the higher up you are until you hit a specific threshold when the surface detail drops when you hit the atmosphere.

No Man's Sky is a great game, and this shouldn't deter you from trying it. Like I said, I'm having a blast with the game and it really does feel like something that's specifically made just for me. But I do know that consoles are quite limited in their performance, and I'm hoping the PC version of No Man's Sky fares a lot better.

At the same time, however, I do think all gamers should be aware of these issues. I've been playing No Man's Sky for quite some time now and I haven't noticed any real FPS drops...but I have noticed some problems, and I'll document these issues in future articles. 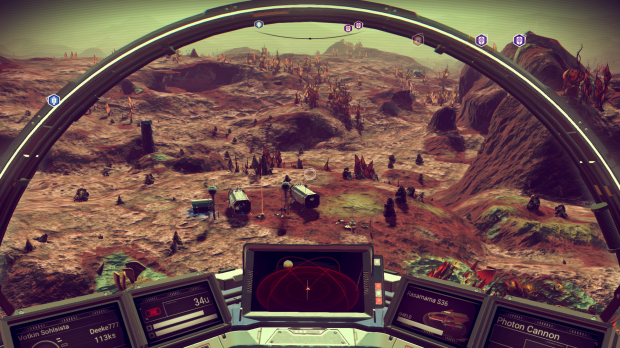