The new Xbox One S not only features its GPU clocked at 914MHz, compared to the 853MHz on the Xbox One. On a more technical side of things, Microsoft has used a new APU from AMD that is made on the 16nm FinFET process in the Xbox One S, down from the 28nm APU found in the Xbox One.

The new 16nm APU is clocked 7% faster than the 28nm APU inside of the Xbox One, improving the maximum compute performance and with the increased ESRAM bandwidth, we have a slightly faster console. The additional performance from the 7% overclock on the GPU will result in games that feature an unlocked framerate, or GPU-limited games where performance suffers on the Xbox One, the new Xbox One S will have less FPS drops, and a smoother gaming experience. 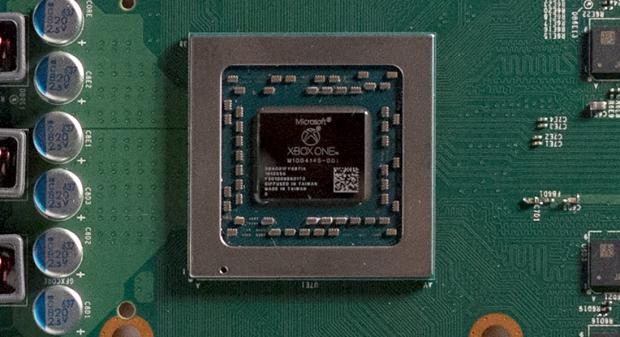 The interesting thing to note with the new Xbox One S is that Microsoft has ordered AMD to provide them with an improved APU from its Xbox One, on the new 16nm FinFET process that TSMC manufactured for AMD and Microsoft as a semi-custom processor. AMD is using GlobalFoundries' 14nm FinFET process for their new Polaris-based Radeon RX series of graphics cards.

Shifting down to the 16nm node has provided a 33% reduction in chip size, while there are significant power efficiency improvements on the Xbox One S - so much so that the external power brick from the Xbox One is completely gone, with an internal PSU on the new Xbox One S. 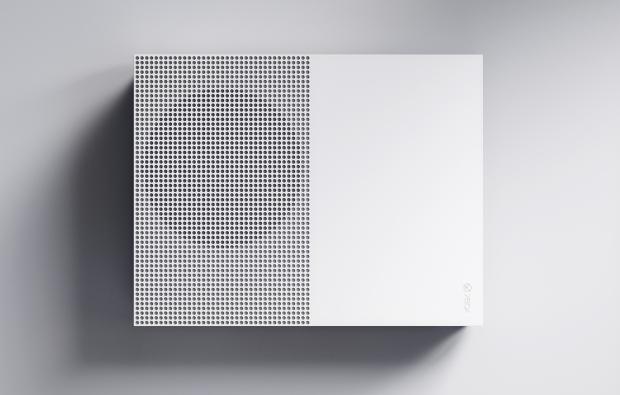 Microsoft completely redesigned the motherboard around the new 16nm FinFET processor, and into the smaller chassis that the Xbox One S is built in. The APU itself is virtually identical, with the same architecture, configuration, the number of memory chips and GPU/CPU cores remains the same - except it's on the more efficient, smaller 16nm FinFET process.

The overclocked GPU allows developers to make HDR titles for the Xbox One S that do not have a performance hit, thanks to the 7% faster GPU clock speeds. Microsoft says that their internal testing shows a "very minor performance improvement" in some games, but the company never pushed the fact that the Xbox One S would be faster - it hid this very well.